We need to stop talking about "Western" foreign policy 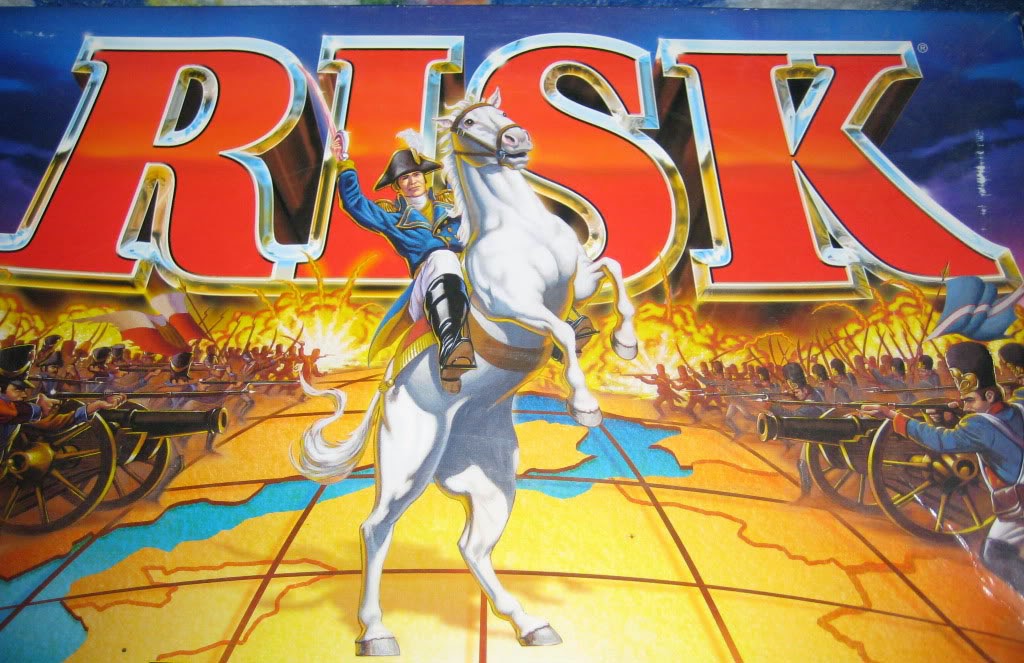 Riots alone were not responsible for the change of government in Ukraine. This we know. German and EU diplomatic pressure, and latterly the US, brought down the Ukrainian government which had chosen to enter an agreement with Russia instead. US intervention was a naive assumption that the riots were an expression of democratic will and entered the fray in support of the EU whose motivations are far less, shall we say, altruistic. Soon after, Ukraine was hurriedly bounced into the association agreement with the EU, with some still naively calling it a "trade deal".

To understand why Russia was then so keen to protect its military interests in Crimea one has to look at Libya. In 2008 Russia signed an $8bn nuclear trade deal with the Gaddafi regime, along with a $4bn deal for weapons and spares for a military comprised largely of antique Soviet era equipment. Such deals were the opposite direction of travel to the EUs own agenda.

Libya was the only Mediterranean country - with the exception of Syria – that had not yet concluded a Free Trade Agreement with the EU. Libya was not a WTO member and negotiations for Libya's accession started in 2004. The negotiation for the Framework Agreement on trade between the EU and Libya would have paved the way for Libyan WTO accession. But as we have seen in Ukraine, the EU Commission is not patient in these matters, and the Arab Spring represented a golden opportunity to rush through its own policies for North Africa.

The EU Commission, having failed to gain the consent of Germany for an EU operation, co-opted NATO under the guise of humanitarianism, to affect what would turn out to be regime change. How effective NATO air strikes were to that end is debatable, but the diplomatic subterfuge and sanctions can be said to have been more influential in the downfall of Gaddafi.

While some commentators are insistent that the fire spreading across the Middle East is solely the responsibility of "The West", it overlooks the fact that the EU is a driving force. The continued violence points to likelihood that Russia itself is also arming "rebels" to frustrate the EUs and US respective agendas in retaliation. Just two weeks ago, the EU evacuated its staff to Algeria in the face of continued fighting by "Islamist" militias. If this was not Russia's intent then I expect they can't believe their luck.

While the US has shown a certain shrewdness in dealing with the ISIS threat in Iraq, the British are wading in for military "me-tooism" reasons, being more shrill in their calls for boots on the ground than America. But the US has been slow to realise that in both Libya and Ukraine, they are acting in support of an EU Commission agenda which is happening in parallel to an incoherent agenda from the European Council of Ministers, Britain and France.

It very much looks like it is Britain acting solely in the narcissistic "humanitarian" context due to happy clappy brain-deads like William Hague pursuing their wristband foreign policy, but because there is no clear British agenda is not to say that no agendas exist.

Some analysts have it that America is fighting the same old cold war through proxy players and Russia is getting just as busy in Syria and Egypt as "the West" is. But like many analysts, they have a blind spot for the EU and fail to realise that the European Commission is acting on the world stage as a global player, very often without EU member states realising that their military efforts are given to an agenda that is not their own.

As we have already discussed on this blog, as much as NATO was used as a smokescreen in order for the EU to push its agenda, it abused humanitarian arguments to rope in the US to supply logistics and intelligence assets (in the absence of their own) - a conflict it had shown a reluctance to engage in. Presidential rhetoric was strong, but the commitment to Operation Unified Protector was not. US involvement should not distract us from the fact that the European Commission was exploiting an opportunity.

This goes some way to explaining Russia's justifiable paranoia and retaliatory actions in Ukraine. Meanwhile, "The West", in response to Russia protecting its own interests, has placed sanctions on Russia resulting in counter-sanctions on EU agricultural products. This mainly hurts Poland - Ukraine's neighbour. This will have consequences.

We forget that while Poland was once recently a post-Soviet basketcase, it is now a resurgent economy that has a regional influence of its own, with diplomatic and cultural links to Russia, and depends very much on trade both with the EU and Russia. The EU is now harming Poland's economic interests. That will have influence on how Poland acts in relation to its neighbour, which is worthy of a debate of its own.

The EU may find that its approach to any future crisis in Moldova is frustrated not by foreign actors but by EU member states themselves because the European Commission is not acting with consent or co-operation. At this point you can almost forgive the conspiracy theorists who think the world is run by a small cabal of shape-shifting lizards from the fourth dimension.

We are used to discussing global politics in the context of "The West", united under NATO, vs everybody else. It is no longer the case. To assume there is a coherent Western strategy is to fail to recognise the significance of EU maneuverings to which Uncle Sam is a useful and obliging idiot.

A few more astute commentators have woken up tho the EUs malign influence in Ukraine but have not yet connected the dots of EU imperialism in the wider context, working an agenda entirely separate to, and in some cases, in opposition to US foreign policy which is still very much rooted in the War on Terror, and its own myopic and anachronistic Cold War interpretations.

Commentators seem especially keen to blame "the West" for events unfolding in Iraq and everywhere else, but such a framing also fails to acknowledge the EU and it also fails to recognise that Russia's hands are not clean either. British commentators have a blind spot, assuming these events unfold in a geopolitical vacuum, and it is only we who are meddling where we probably shouldn't. America knows this and that perhaps explains its own actions in helping to restore Egypt to a military dictatorship, but who knows what the Russia and the EU is up to? It's time we reframed our thinking.

I will stop short of discussing the rights and wrongs of such shenanigans. That is for others. But until our commentariat recognise there is a massive elephant in the room with a ring of stars halo over its head, we will continue to misread global events and continue to provoke crisis after crisis without properly understanding why.
Posted by Pete North at 08:48