Idle comparisons are not helpful 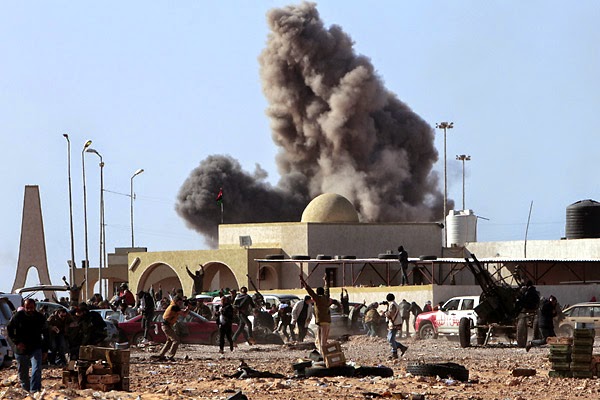 There is a great folly in comparing military interventions on a like for like basis. Plenty of people have drawn parallels with what is happening in Israel and what the West did in Libya. Now I know there are more critical factors than merely the body count, as we have already discussed, but were we to look at Libya we find just a handful of casualties in 10,000 sorties. And there is a good reason for this. The Libyan operation was more about being seen to be doing something rather than actually doing something.

It is often the case that Britain deploys its military not for any particular military objective but as a demonstration of prestige. Our new Type 45 destroyer has been uselessly deployed all over the world already, and the Royal Navy would have been better off sending a cargo container in its place. No doubt very soon we will see our new aircraft carrier, HMS White Elephant, paraded round the world long before it takes delivery of a single F35.

Similarly many suspect with good reason that the RAF were keen to press for the Mali intervention having been delivered an ultimatum of "use it or lose it" by the MOD, which would have lead to the early retirement of Sentinel ISTAR aircraft.

In that vein, our fly-boys have been itching to clock up a few combat hours on the Typhoon and the million pound Storm-shadow bomb, and as far as I can see, the majority of those sorties, from the footage at least, involve firing these guided white elephants at empty huts on military bases (to no great effect), and targeting only areas where we knew there were command bunkers and weapons caches. A flag waving exercise and little more.

While some commentators would have it that the West was instrumental in creating the chaos that now exists there, I think this overestimates the capability and competence of our air forces, and I think perhaps history will record events a little differently when we get a clearer idea of what happened on the ground.

While the Arab world is ever keen to blame us, it seems we are only too happy to accept the blame. It is most peculiar. Even now the popular narrative has it that the CIA was instrumental in the removal of Mosadegh, but the Iranians tell that story a little differently. Every culture has its own narratives and I am not sure I trust our version of events from Libya any more than I trust the reported events in Ukraine.

Having studied the raids in some detail, I have to say that I honestly don't know what effect we had in Libya, but I'm untrusting of those who have made lazy comparisons and idle generalisations. Yes the symbolism and perception matter, which is why we shouldn't have got involved, but it's not a good idea to pontificate on such things without having done the homework first.

These are issues where nuance and detail matter, and perception of events may not match the reality. It is for this reason I maintain that a working knowledge of military kit and procedure is essential if you want to pontificate on Western interventions. Narratives may tell one story, but the equipment tells us another, as demonstrated by the shooting down of MH17.

You will get no argument from me that the Libyan intervention was a particularly golden example of Western stupidity and hypocrisy, but I urge people to be much more cautious about making casual comparisons with other theatres. You never know, some geek like me might be reading it.

For the beginners and amateurs among you, here is something to get you started... 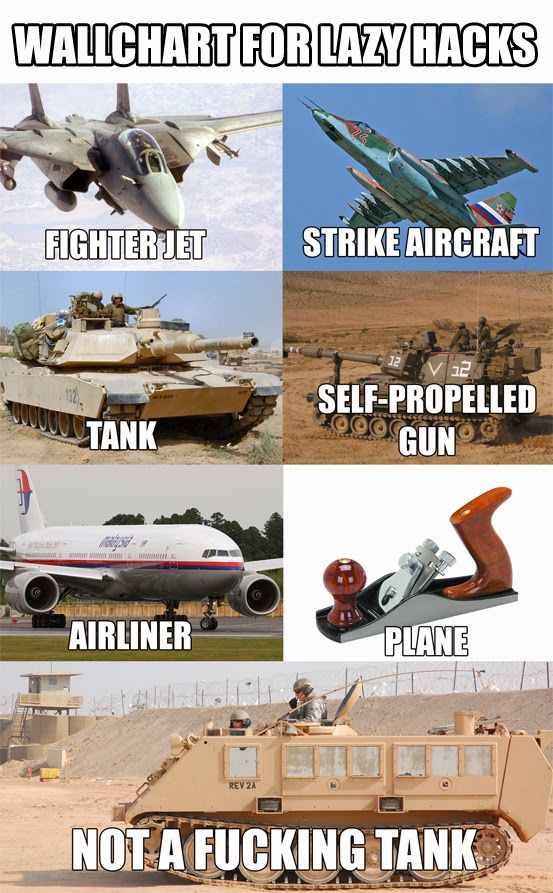