Libya: they know not what they do 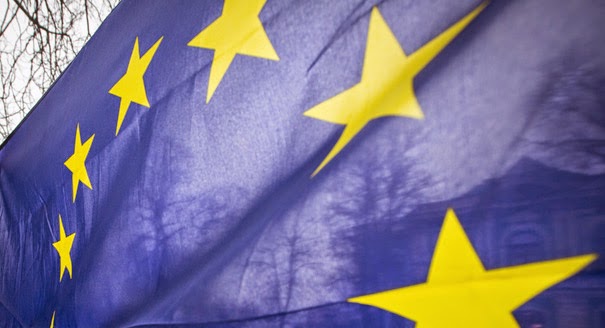 The more I look into the Libyan intervention and start piecing together the list of targets with the munitions used, and the respective locations the more flaws I find in the current narrative. I actually think there's a book in this. NATO was so risk averse and so keen to avoid any bad headlines they ended up bombing completely irrelevant targets that were of very little significance to the regime. Anything from empty sheds on military bases to parks of main battle tanks, most of which will be antique and probably non-functioning T52s and barely serviceable, to ancient Frog missile launchers which were hugely unlikely to work, and a couple of corvettes sat in the harbour.

To say that NATO strikes removed the central mechanisms of authority just doesn't stack up. They RAF were launching Brimstones which are tiny, and were largely swatting stationary targets with little strategic value. We're looking at a very small force of air assets over a very large country, with very little that could provide the sort of material support in ongoing battles. And so it looks like a disarmament programme rather than direct combat/humanitarian intervention, with a handful of exceptions.

The problem is, data is sketchy on what the hundred or so Storm Shadows and cruise missiles hit, and the story of how small arms got into the hands of Islamists is a conflicted tale of who knew what and when, and whether it was Qatari corruption that deliberately redirected the weapons they were supposed to hand out on the US's behalf.

What's interesting is that the end game, when NATO forces effected regime change, without a clear UN mandate under "humanitarian intervention" means Obama did more or less what GW Bush did, and yet is not considered the Great Satan that Bush is.

Meanwhile the EUs premature recognition of the provisional government might well be why there is still conflict - and that's worthy of some more detailed investigation than that which presently exists. But in that kind of chaos, where there are banks to be robbed and military bases to raid, already deserted by an army that had no intention of fighting for Gaddafi, meant that Libya was always going to be top vacation spot for terrorists from Tripoli to Timbuktu.

This blame "the West" at all costs routine might well be overstating the competence of the intervention, and we don't know at all how much of the 1bn dollars worth of weapons ever got anywhere near Libya. I don't think certain commentators have bothered to find out.

What is interesting is that NATO have been much less transparent than the IDF in terms of reporting on what was hit where. So as much as the collateral damage is more than likely significantly less than Gaza, NATO has lot of questions to answer about its honesty in what submarine launched missiles hit.

You will get no argument from me that we threw a lot of petrol on the bonfire, but I think the main damage was done by our blundering diplomatic efforts on the ground, in much the same way we meddled in more subtle ways in Syria. The details of which I have yet to follow up on.

My blog posts on the subject thus far have been the first sketch of an emerging hypothesis but there's a theme running deep throughout, that the US expressed hesitation and reluctance only to be bounced into decisions on the fly because of a rapidly evolving situation. It's entirely possible too. In a matter of just a few hours today, the whole ISIS/Iraq situation took on a very different character, rendering a lot of previous speculation wholly redundant.

Some argue that the US reluctance was a demonstration to Europe that it needs to invest more in defence, and there's an element of truth in that. America is pretty tired of making the running and getting the blame, but the US security agenda wasn't wholly compatible with the EU's "humanitarian" agenda and I think that is more critical. France and the UK were the main drivers, pursuing a totally thoughtless foreign policy, and in the aftermath, the EU is busy dealing with the provisional ruling body to implement its regional policy for Libya, which is not entirely dissimilar to the Ukraine association agreement. That certain commentators have not picked up on this is a great surprise to me. It shouldn't be, but it is. It was sold as a NATO operation but it was largely the EU pushing for it, and went with it even without the consent and co-operation of Germany.

Further to this there are some other ideas that need to be challenged. It's very convenient to say that our intervention fueled the disruption in Northern Mali, and the two are not at all unrelated, but again, there is a knee-jerk self flagellation instinct to blame the NATO, which assumes this was playing out in a political vacuum without other foreign agendas at play.

Bandying around the term "Islamist" is turning out to be imprecise and implies certain rebels groups are of the ISIS/Al Qaeda sort, when it is a great deal more nuanced than that. Just the bundle name of ISIS fails to properly describe what ISIS is, which in some respects is a resurgence of the Sunni insurrection that was already under way in Iraq. Some of them were bastards, but some of them were useful bastards.

Simplistic narratives and convenient bundle names for various players simplifies something which shouldn't be simplified. And given there is as much hidden from us as there is in the public domain, current attempts at explaining that time is mostly speculation.

But one thing is for sure, there was a case for intervention. It was for intervention in the national interest - not the EU's cultural imperialism, and not US security. Our interest was in the status quo because of the function Libya serves as an economic pull that slows immigration to Europe. So what we needed to do was either to shore up the Gaddafi regime, which by that time would have been politically impossible and would have required a much more sophisticated type of intervention, OR it very much should have been an aggressive intervention to ensure the rebels secured a very fast victory and a transition that did not become mired by the sort of disorder we have seen.

The fact that we were stand-offish in our approach to air strikes, mostly hitting targets not then currently in battle, and delaying weapons to rebels, using Qatari agents to do it for us, essentially created a military deadlock that prolonged the fighting and created more opportunities for mass looting by "Islamist" forces who then buggered off deeper into Africa.

If there was to be an intervention it needed to be swift, aggressive and decisive, and working toward a specific objective agreed by all parties. I believe the UK was indulging in a projection of power exercise, unwittingly supporting French and Italian interests which the EU was keen to exploit and present as its own effort, while sucking the US deeper into a mess that it could have done without. The lack of an American air strike contingent speaks volumes about their reluctance.

We have players playing for different reasons unwittingly working to agendas that were not their own and not even remotely connected to our national interest. To simply write this up as merely "Western intervention" is to ignore a dangerous schism in geopolitics that even the players themselves are unaware of.

Certainly the cultural and humanitarian agendas are a corrupting force, but that is not to say that an intervention of a more intelligent kind could not have served our needs - and been a great deal better for Libya than the mess we have now. And I can make a strong argument that it would have been better than no intervention at all.

What I do know for certain is that in the wake of Ukraine and Libya, we seriously need to address the EU and the foreign policy it is pursuing, without the consent of member states, and with contributing actors who are totally unaware of the agenda they serve. It's dangerous enough already.
Posted by Pete North at 19:45