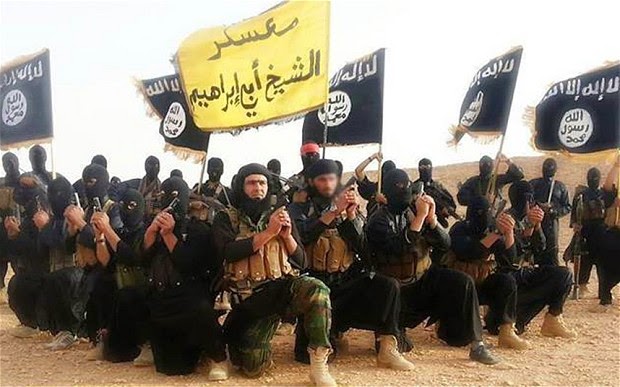 "Why isn't anybody talking about the nightmare in Northern Iraq?" asks Brendan O'Neill over on Spiked today. I think that's an easy one. Nobody is talking about it because it's no longer in our sphere of influence. The anti-war movement wanted our forces out, they won that debate, public consent for further embroilment is not there, and people would scream blue murder at the West for meddling if we armed the Kurds, however much it might be in our best interests.

But if we did that I don't imagine Turkey would be very pleased about it since they would likely consider it a potential threat to their own sovereignty, and we need Turkey on side to help us exert soft power over the fallout of Syria. So unless anybody has any bright ideas, I don't see that there's a great deal to talk about. The better question is why isn't Jordan and Turkey doing something substantive about it? Western credibility is spent, so it's out of our hands. It's looking more like a regional crisis that needs a regional solution.

Tim Black, of Spiked, yesterday outlined precisely why we shouldn't have done anything in Libya: "people need to win their own freedom and need to constitute themselves as a people, with shared interests and aims". So here we are, doing next to nothing, as per the Spiked preference. But here's the kicker... Since our initial interventions were abandoned short of finishing the job, thanks in part to the shrillness of the anti-war movement (who wanted it to fail all along), non-intervention also has a price now. At some point we have to just sit on our hands and watch our chickens coming home to roost. Sucks, don't it?

This is yet another consequence of squandering our credibility on well intentioned adventures into the unknown. Now probably would be a good time to do something if we were going to do anything, but there is no popular support for it, and no confidence that it would succeed. If any such intervention failed we would be back here again, and both Black and O'Neill would have a whole tranche of new Western failures to write about. There's not really much in it for the West since it gets the blame either way. Spiked would be the first to complain in any case, so we might as well put our feet up and natter about Gaza, under the fading illusion that we still have some influence there.

As to Iraq, we have front row seats in the spectator stand for Armageddon, purchased at a very high price indeed. So enjoy the show folks, you paid for it.
Posted by Pete North at 13:46