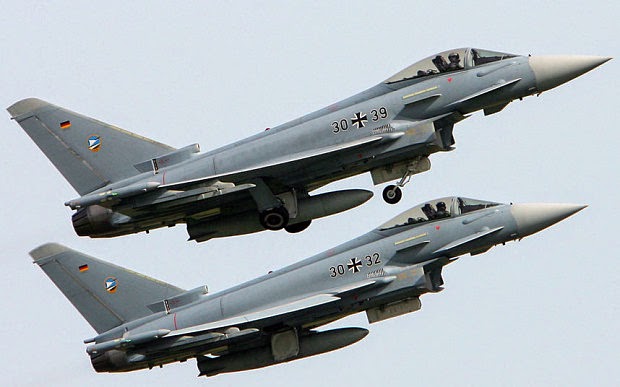 Sinking even lower today, The Telegraph is in full fail mode, leading with the headline "US poised to ask Britain to join air-strikes in Iraq".

"The United States is poised to ask Britain and Australia to support air strikes in Northern Iraq, according to reports."

It neglects to specify which reports. It goes on to say:

"Joining air strikes, however, would represent a significant escalation in Britain's role in Iraq. A government source stressed that no requests from the US have been received."

So this non-story is a government denial of Telegraph invented innuendo. And then we get another unrelated report saying "A report in Spiegel magazine says German air force is weaker than previously thought and a funding crisis means scores of aircraft are not operational."

So a second hand report of a what a mainstream German magazine says is now news? This dear readers is what now qualifies as journalism. Read it and weep.
Posted by Pete North at 07:03