Wristband solidarity from the British media 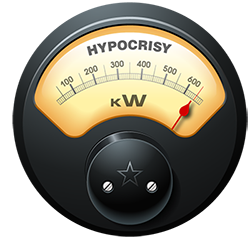 Adding my condemnation and outrage to that which already exists over today's events in Paris would be self-serving and actually fairly meaningless.

I live in a country where people are arrested for tweeting, and have myself been detained in police cells for remarks made on Facebook. I have on occasion had PCSOs knocking on my door telling me to take blog posts down, and just recently a court order forcing me to remove a video blog criticising my local council.

One of the most expensive and dangerous things you can do is attempt to defend your sovereign rights as a sovereign individual in the United Kingdom. This is the land of NHS gagging orders to which editors willingly acquiesce, and where editors will issue a "correction" at the slightest suggestion of legal action - and press complaints are routinely used to stifle debate.

Readers of Press Gazette will be more than familiar with tales of police abusing their powers with gagging orders placed on journalists and public officials who are subject to illegal search and seizure of belongings. This is also the land of secret family courts where social workers can snatch children and journalists may not report on it.

Our media is cowardly, subservient to the state and entirely obsequious - thus any expression of solidarity with France on matters of freedom of speech on this most dark day sounds entirely like hollow, hypocritical cant.

Even if our media were to republish the "offending" images from Charlie Hebdo, it would be a wholly empty gesture akin with wearing a wristband. Real journalism is more than token gestures. They have already surrendered critical ground on day to day reporting and that which is not omitted through cowardice is omitted through incompetence, and shamefully there seems to be a broader consensus that withholding information is in the public good.

But then I'm a hypocrite too. As grim as today's events were I am still more afraid of the British state than I am of Jihadists. Were my own political views not shrouded in mealy-mouthed innuendo I would likely be looking at jail time. For instance, were I to be candid about what should happen to this particular individual and this lady I would again, for similar reasons as before, be spending the night in a police cell. Our freedom of speech is as anaemic as our so-called democracy. But do go ahead and change your profile pic and start a hashtag. That'll show 'em.
Posted by Pete North at 17:30