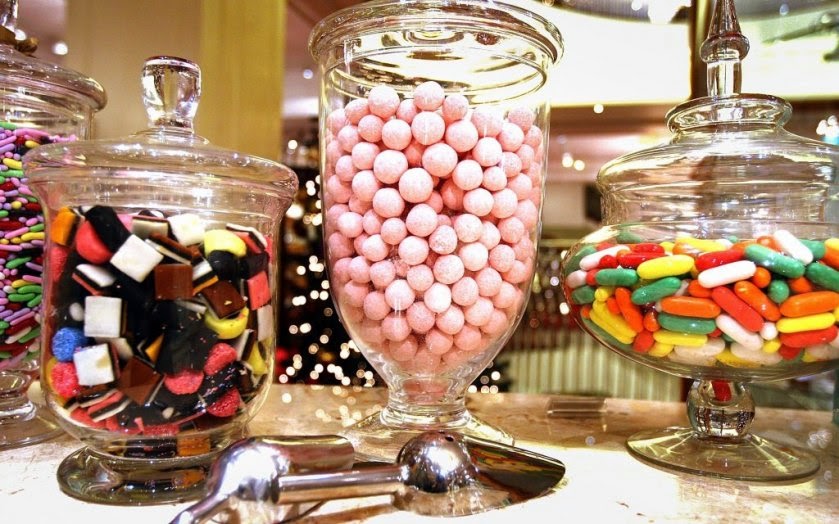 Ultra-simpleton rag, City AM, opines that Labour's agenda for food regulation is "stealing candy from a baby". Here is where I part company with my libertarian chums. If we are forced to have an NHS it has a duty to minimize its impact on our wallets which means the state does have to take an interest in public health, not least because preventative measures are cheaper than treatment.

Go to continental Europe or the United States and you'll find confectionery is much more subtle and that's not by accident. British snacks on the other hand are unnecessary packed with sugar, for no reason, and when you have two year olds having their milk teeth removed, as per a report called "The Rotten Mouth of Europe", it suggests that there is basically something wrong both with the food children are consuming and the parents. Yes, education is better than regulation, but here's the problem: responsible people aren't breeding. The welfare underclass however, will spawn offspring regardless of the economic conditions or who has to pay for it.

Consequently supermarkets should be encouraged to have sweet-free checkouts, where products are designed by very sophisticated marketing psychologists to play into "pester power", which most of the untermensch are vulnerable to because they don't know how to say no to their misbegotten progeniture.

Also, there is no need for the levels of sugar in most products and regulation can inspire alternatives which are less harmful and to simply say that we're being nannying fussbuckets and leave it to the individual is just a way of shrugging off our responsibility to actually think about these problems. And yes, as taxpayer, forced to pay for our national religion, that means I DO get a say in what you eat since you'll be raiding my wallet to deal with the consequences.

As to it being "nanny state", well, what is the definition of a nanny? One who looks after children in the absence of parents. And that's what we have. An absence of parents. Welfare underlings don't have mothers, they have co-habiting quasi-adults who will occasionally refill their sippy-cups with carbonated glucose syrup.

Never mind this crap about the state interfering. We are all the state and we all have a collective responsibility to watch out for children and if the parents are showing no sign of doing the job then unfortunately we have to whether we like it or not - not least because I'd rather them drink sugar free soda and eat tasteless crisps than have to pay for their dentures and coronary by-passes.

As to smoking, well, it's a shitty drug that does nothing for you apart from relieve the tension the drug addiction itself creates. Every possible measure with evidence to support it should be employed to bring about a smoke free generation, because it's expensive, it's nasty and it makes you feel like shit at the best of times and even shittier at the worst. Meanwhile, anyone who does chew chewing gum and is caught improperly disposing of it should be rounded up onto cattle trucks and sent to a concentration camp along with all of the people who have musical ringtones and hipster beards.

I am of course persuadable on deregulating foods if we can bin the NHS. If you want to load your offspring up with tooth corroding, waistline enhancing produce, go right ahead, but you can pay for the consequences, and if your worthless spawn don't make it to retirement age, then that's all for the better.
Posted by Pete North at 10:46