It's nothing to do with Islam. There. I said it. 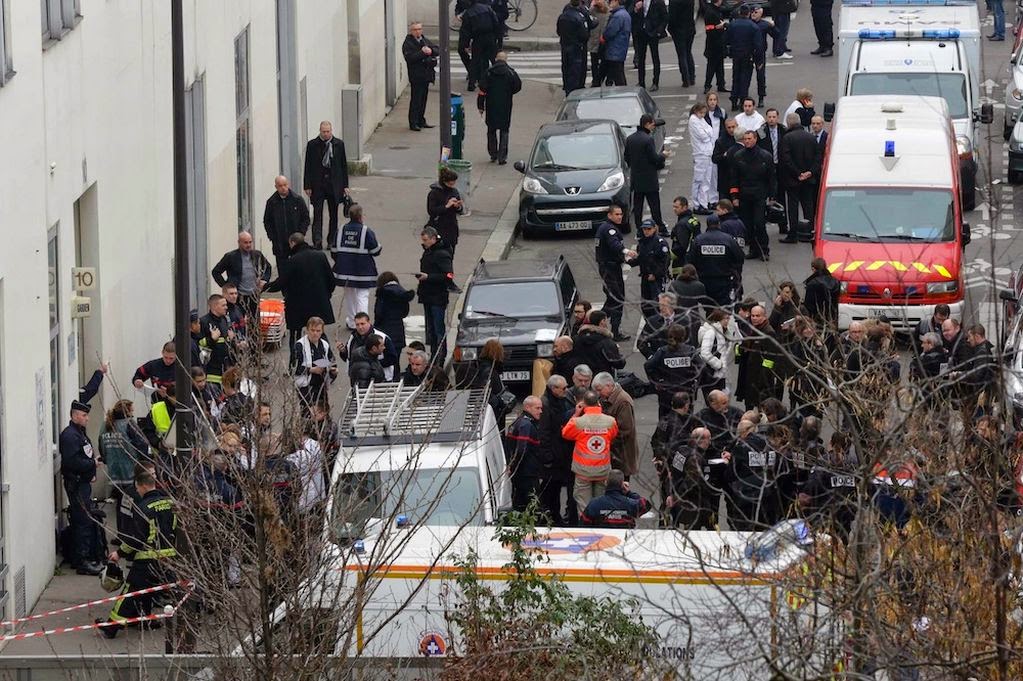 Many people say the words "It's nothing to do with Islam". They say it, but I wonder if they mean it. Before I dive into this, I ought to make something clear. I'm not French. As much as one can ever know about another country, one can never really have a full grasp on its culture as a native would. There is often a large reality gulf in how UK politics is reported in America and what actually goes on. And with US media relying on UK media, it's forgivable if they get things completely wrong.

As we have seen from Nigel Farage this week, you can look a bit of a prat if you attempt to transpose one interpretation of British problems onto France. Whatever is behind the Paris attacks, it isn't multiculturalism. Underpinning multiculturalism is tolerance of other cultures, and there is nothing whatsoever in the French treatment of the Algerians that can be called tolerant.

But one shouldn't be quick to blame Islam either. Britain’s first elected Muslim cabinet minister, Sajid Javid, has said it is "lazy"to claim Islam had nothing to do with last week’s terror attacks in France. I don't agree. It's lazy to rest on the first and easiest explanation, and it's ultra lazy not to take a nuanced approach considering the domestic demographics, social policy, history and context. But it's lucky he didn't exactly say that as the Daily Mail implies. What he actually said is "You can’t get away from the fact that these people are using Islam, they are taking a great religion, a peaceful religion of a billion people around the world, taking this religion and using it as their tool to carry out their horrible activities." With that I agree.

Rule 34 of the internet is that "If it exists, there is porn of it. No exceptions". I think the world has its own version of rule 34. If it exists, there is extremism for it. From the mundane to the spiritual, we see extremism good and bad manifested everywhere. There is a museum in Devon called Barometer World. There's extreme ironing. There's extreme Buddhism. And violent too! There are Christian extremists and there are Muslim extremists. And they're useful to politicians. Look at any conflict in the Middle East and you will find Islamists trained and funded by oligarchs, oil princes and American presidents. Last years bad guy is this years friend. And what's worse, since 9/11, it has our complete attention.

Just this week there has been an appalling massacre perpetrated by Boko Haram, essentially a sub-Saharan tribe involved in what is fairly normal behaviour for the last ten thousand years or more. Islamism is only a recent adoption because it caries gravitas and fear is a potent weapon. You don't have to fight a battle if your opponents lay down their arms in fear - as the Iraqi army did in the face of ISIS. And ISIS progressed far on reputation alone. It's the same reason Algerian-Parisian rioters shout Allahu Akbar. It means less to them than it does to us, but they use it because it terrifies us.

What we do know is that Paris can be a pretty hostile place for Algerians, and the backdrop to this is a largely unwanted Algerian population. They are to France what Roma are to Italy and Palestinians are to Israelis: Refugee populations who are seemingly impossible to integrate. You don't find Roma Jihadists because their cultural origin is not Arabic. So that narrows it down a bit.

What it does mean is a large under-skilled, underemployed population living in a society where mockery of Islam (and other faiths) is mainstream. I'm speculating here, but I can't expect that's a particularly pleasant existence, not least living among a culture that shits all over your own. In fact it sounds like fertile soil for the seed of extremism to grow and Charlie Hebdo seems like a logical target.

Moreover, if Algerian relations with the police as as bad as they apparently seem, this means the police have few informants and those who are informants do so at great risk to their own safety. Islamism can spread unhindered. In their disaffection and alienation from mainstream society they will look to their own heritage and adopt Islam, and that is the perfect sea for the manipulative hate preachers swim in. The sponsors of it based in the Middle East have their own agendas against the West, the choice of target is left to the perpetrators, just so long as they get what they want: fear, suspicion and division.

This we have seen in British towns where Northern mill towns bypassed by progress and modernity are left to become festering jihad incubators. Moreover, the poor working class whites there are left behind too. They see a night time economy of young girls traded between apparently Muslim gangs and excessive displays of wealth in areas where there are no jobs. This spawns a resentment and an envy which can rapidly translate into open hatred. It's not exactly a coincidence that these slum towns are also BNP strongholds. It begets an extremism of its own and over time festers into a feedback loop.

Course the fly in the ointment here is that we do see middle class, fully integrated individuals becoming radicalised which kinda pisses on that bonfire. But does it? Just become one has successes and can get by in a Western culture does not necessarily mean the ties of cultural identity have been severed and even young professionals can still feel culturally excluded, especially if they don't drink, which is certainly a British nationally passtime. And integration of sorts does not stop an individual empathising with his own. That's called being human.

Nobody is saying France is directly responsible, but it has a hand in creating the conditions at home and abroad for it, and it has an air of inevitability about it. To say that the "Muslim community" should take the lead in combating extremism is to place the responsibility on the people with the least power. If you want to tackle extremism you have to remove the conditions in which it thrives. The French authorities have more of a hand in that than poor dispossessed immigrant communities. And to say the actions of periodical terrorist atrocities are distinctly related to Islam, the faith of over 1.2 billion people, is manifestly absurd.

Intelligence service and police forces can only do so much. We will never be truly safe from it, and it's no use Muslims reporting it if authorities cannot and will not act, so like many other problems it becomes a matter of examining social policy, industrial policy, the local economic backdrop, the historical context and yes, foreign policy. In some cases it could mean removing sponsors of terrorism in others it might mean leaving well alone. I expect the latter more sensible.

In any estimation, while we might find casual links to Islamic prose, the connection to Islam is symptomatic, not causal, and what we're looking at here is the politics of evil men, not faith. To blame it all on Islam is not just lazy, it's bone idle, gutless and stupid.
Posted by Pete North at 15:47