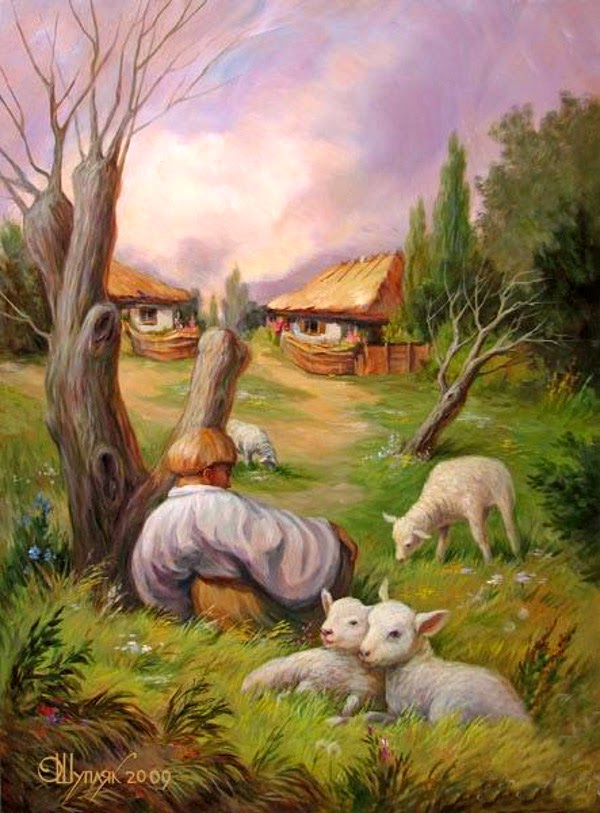 I could get mighty bored with this "rise of minority parties" narrative. We get the Rob Fords and Lord Ashcrofts talking about it as though it were a serious development in politics and while it was a view I broadly subscribed to (with some hesitation), as we get closer to the election we see the wheels falling off this emergent theory.

What is looks more and more like is that these minnow parties are the plaything of the politico-media establishment. They are aunt sallys, built up to be knocked down. There's almost a Rite of Spring dynamic to it.

The Daily Mail wasn't exactly sparing in its Ukip coverage, not least for its own entertainment - and the BBC got in on the act with some accusing it of having a pro-Ukip agenda. If there is anything at all conspiratorial going on I think it be the BBC figuring they should give Ukip enough rope to hang themselves with and in due course would happily oblige.

But when Ukips exposure finally peaked, somewhere around September, some started to wonder if indeed it could pose a threat - including one Douglas Carswell who later defected. How quickly the tables turned, with almost a daily barrage of negative campaigning against Ukip. Most of it was a smear campaign, orchestrated largely by the Times, and it was water off a ducks back. Teflon Ukip seemed invincible. Not any more.

It was only a matter of time before they finally cottoned on to Ukips inherent weaknesses, not least their members and lack of serious policy agenda. Since then the media has had no shortage of material. It doesn't even need to indulge in innuendo - all it need do is report what actually happens. No party was ever going to be able to withstand such a relentless barrage of negative press, all of which was inevitable - and while Ukip was repeatedly warned about its shortcomings and vulnerabilities, they chose not to listen. It now stands naked, with the whole media throwing rotten veg at it.

But there's a problem. While the media can indeed do a great deal of damage, there is still a core of Ukip who don't care that Ukip's policies are a joke or that Farage is a crook or even that the whole party machine is utterly incompetent. It's not about what Ukip is, but what it isn't - ie the "LibLabCon".

Unsure of how far this phenomena goes it's no surprise that the Tories started demanding equal exposure for the Greens, and the media obligingly followed. They had obligingly built up the useful idiot on the right, and now they need one on the left to restore their equilibrium.

It is for that reason this blog has maintained the election will revert to a classic two horse race, albeit with reduced vote shares - with each party having a loser fringe who simply cannot accept the centre-ground consensus - who will act as a pressure group for each respective party to steer policy.

These will be the market indicators that steer the main parties, and this might well be the new norm - but to think five party politics and coalitions are the future is a little overoptimistic. If anything it demonstrates why the first past the post system is the best model for our democracy in that it prevents any of these loser fringes getting anywhere near the levers of power. It would have to be a seismic popular surge to unseat the establishment - which even with their vote share combined, the emergent parties could not do - assuming they could stop bickering among themselves for long enough.

While some would have it that these parties represent a genuine grassroots insurgency against establishment consensus politics, there's an elephant in the room. Neither the Greens nor Ukip, or indeed a great many of these European upstarts would be anywhere at all without a generous dose of EU funding. There are jobs up for grabs for MEPs and their hanger-on entourage, who only need play their sycophantic game for a few years before being returned as an MEP on the basis of just a small vote. This in turn raises their public profile, and funds can be diverted to build all the accessories a modern political party needs. One might even go as far as saying the EU had an agenda of its own in funding these entities. I'll leave that open to speculation.

But with this dynamic in play, there are those who fully bought into the surge narrative and have failed to re-evaluate in light of recent developments. Some hardened Ukipists expect a number of MPs in double digits, while those in the media are being more cautious by saying between five and seven. Meanwhile, I'm detecting higher frequency low outliers in the polls that suggest Ukip might be tanking. I will be hugely surprised if Reckless keeps his seat. The only way he will scrape it is to remain absolutely silent between now and the election. Carswell will keep his seat, Farage will fail to take a seat and it will only be by accident of numbers that Ukip sees a breakthrough anywhere else.

If Ukip is competent, which it isn't, it may manage to batter the door down in one of their strongholds as the Greens did with Brighton - and that will be hailed as the new dawn of Ukip, but it will fail to capitalise on that and learn from the success, as indeed the Greens never really learned the lesson from Brighton.

After which we will see inter-Ukip bickering, with competing egos pushing Farage out the door. It is at this point Carswell will make his pitch. Some of the more astute individuals in the media have noted Carswell has been somewhat mealy mouthed in his support for Ukip's health policy and is cagey in endorsing the whole body of Ukip as it stands. One imagines he loathes the Ukipist ilk almost as much as I do. Assuming he hasn't gone native he will be planning on a great purge of Farage's gophers and reigniting the libertarian flame within the party.

The problem with that is he won't be able to sack all of them. He will have to concede on certain core beliefs because to impose his ideas will lead to an exodus of what some are calling red-Ukip. And in the other corner he will face Lunchtime O'Flynn who also thinks he has a natural entitlement to the crown.

What we will probably see is a very public, very bloody spat, possibly resulting in a split, with a new red-Ukip and Nu-Ukip. One will wither on the vine, the other will limp along. The crown will go to the faction first in the office to nick the party database and its backups. It won't be pretty. And while Ukip is fixated entirely on itself the public and the media will lose interest. The media will get bored and move onto the next plaything and Ukip will join the BNP in electoral zombieland.

That is one possible scenario. The other scenario is they will hang onto Farage as a caretaker leader, while drawing down his involvement, while the charisma-free Carswell (or some other placeholder) will help the party limp along while it quietly dies.

In any case, Carswell looks like a bloody fool having bought the hype that Ukip was going anywhere. He mistook it for a real party with real potential rather than a demented and disorganised cult. He thought he would be able to bring some direction and professionalism to the party, blissfully unaware that better men than him have tried and failed. That's because Farage will actively resist it. As we have remarked on this blog, if you look at Ukip as though it were a political party, expecting it to do things that political parties do, you will misread its behaviour and leap to erroneous conclusions.

If on the other hand you view it as a playground gang, with Farage as lead bully, you will see that any attempt to build a team of professional, intelligent people pushing an intelligent agenda is not only a threat to Farage but also to the small army of drongos in all the top positions. It would take a great deal of skill and diplomacy to get rid of them and it won't happen quickly, and that's assuming you could now get good people who would touch Ukip with a bargepole after being so widely discredited.

It would take a total u-turn on every single policy announcement, and then have to fight against the widely held belief that Ukip is a grubby, quasi-racist party full of belligerent idiots, morons and sycophants. It's a bit of a tall order to make that rabble respectable. I think it would take a batter man than Carswell to salvage it. It's a real pity, because it would really help to have a credible and respectable eurosceptic party in the game in the run up to a referendum. The cause needs well briefed, intelligent ambassadors, but instead we have Farage and Nuttall who simply can't win the argument when it comes to the crunch. They don't really understand the nature of the battle they will fight.

So really the best possible hope euroscepticism has is if Ukip dies sooner rather than later, so that when there is finally an EU referendum, the case for leaving can be made by adults who won't have to fight on the back foot, defending a ridiculous mob of amateurs.
Posted by Pete North at 05:35