It's not a culture war. It's cultural subordination 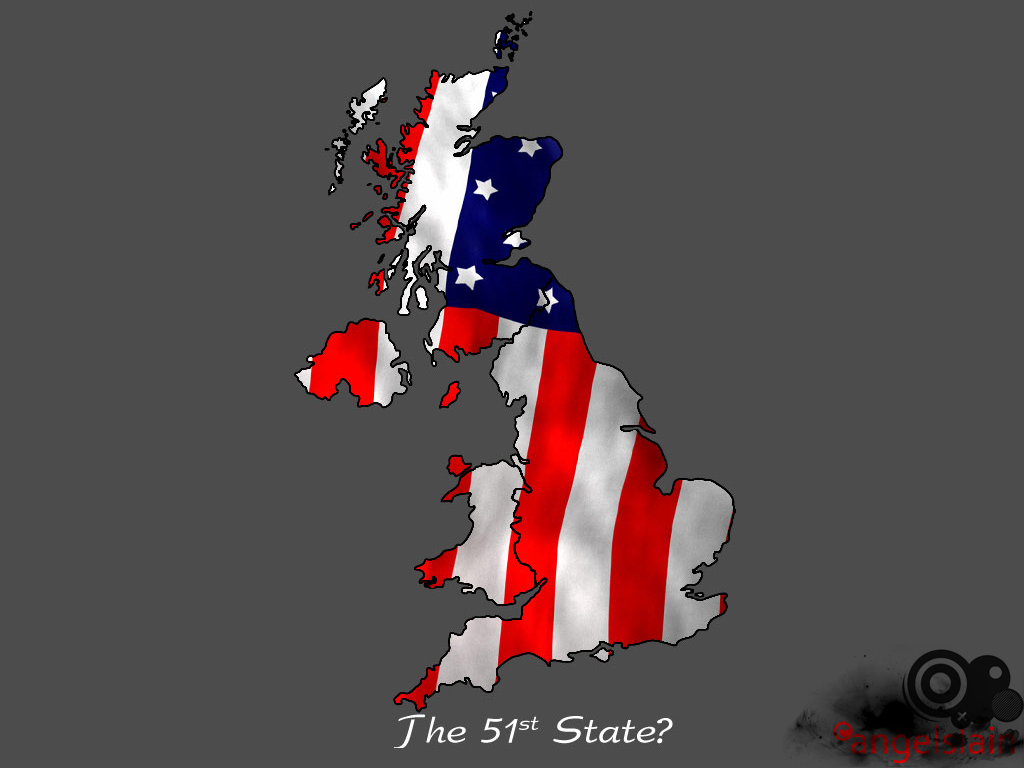 All this waffle about a "culture war" has been bugging me for some time. Particularly the debate around a "rape culture on campus" and "gamergate". I couldn't put my finger on it so I've hesitated to wade into the debate. Seemed like there was a component missing. Turns out it's not a culture war at all.

All this illiberal whinging seems like it comes from another planet because it's just so out of kilter with reality. So we ask if these people are even remotely sane. It actually doesn't come from another planet as it happens. But it is alien. To be more specific: American.

If you zoom out of the narrow culture war debate you'll find the same dynamics in play elsewhere. Look at the fracking debate. There is no more meme driven debate on my radar. All the toss about flames coming from the kitchen tap and earthquakes. Stop and ask what it's informed by. American peseudo-documentaries on Netflix and Youtube - from America.

It's listened to in America because, given the scale of the American shale industry, there probably are enough marker stories to build up a semi-convincing case based on selection bias. A number of faulty wells creating a number of incidents that makes it appear to be the norm. Shale is so massive in Texas it covers thousands of hectares of scrubland. So much so you can see it from Google Earth. Transpose that debate onto very small scale and tightly regulated UK operations and it sounds absolutely unhinged.

Now zoom back in to the culture war debate. This nonsense about rape culture on campus is something that exists only in the imaginations of loony feminists in the UK. But there's no smoke without fire. So what is this informed by? That's right! America, where there is indeed an emergent rape culture on *some* campuses. Particularly in the Jock frat house circle, with all its particularly American initiation rituals. If ever there was a deranged culture, it's America and it's one of its least attractive cultural traits.

And so what we see is popular public discourse dominated by received memes from an American debate that addresses American cultural issues which are entirely divorced from our own. What it points to is a complete inability to receive established wisdom and apply appropriately it in the domestic context.

It's because our own public conversation is so anaemic, dry and largely uninteresting that popular politics imports its discourse from elsewhere, to the point where there is a cultural subordination of the British national debate - which people are mostly not interested in. And it's no coincidence that the front line of this so-called culture war mainly exists on Twitter, which most sane people view as a madhouse.

These debates represent the very worst of popular tripe and unless we learn to distinguish, and identify imported American political discourse, we risk creating laws and measures for problems that simply don't exist. And that's dangerous because this discourse happens at the expense of addressing very real issues in the UK which go almost completely ignored.

I have often remarked that perhaps liberty would not be in such peril if my libertarian associates paid as much attention to their local councillors as they did the US presidential elections. It's European political activity that has a greater impact on our lives yet I doubt many who claim to be interested in politics could name more than a dozen MEPs or name more than a couple of EU commissioners, yet they could tell you the names of every US secretary of state. And it's mad because what the US does is very often inconsequential to us.

And not only are we importing US political discourse, unadapted for domestic use, the emergence of political leader debates is very much a US mechanism for the US electoral system. We don't elect Prime Ministers, we elect MPs and this whole process undermines our system of democracy and moves elections out of our neighbourhoods and on to the television where the media is the means politicians speak to us and the means by which politicians receive public sentiment. It is a distorting prism that makes politics increasingly alien across the board. Little wonder that disengagement is the order of the day. Looking at this Americanised political discourse as an outside casual observer and you start to think the entire political class and the chattering classes are completely away with the fairies. And that's not far off the truth.
Posted by Pete North at 16:56