I got your voter apathy right here 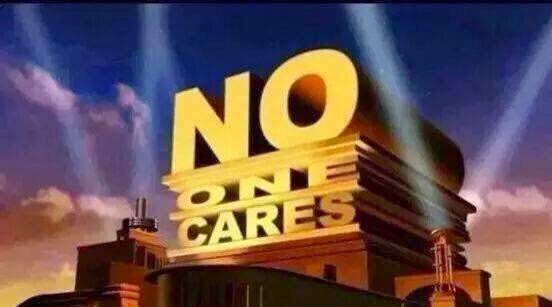 Well, it's a new year and we're in the run up to an election. This is a time for anyone who takes a serious interest in politics to take a vacation because this election will be very little to do with politics or policy.

This election will be fought on Twitter; a cloud of white noise where meme shall speak unto meme. Intellectual honesty will go out of the window as the dregs of humanity fight over the votes from the swamp. Much will be said about "saving the NHS" and spending cuts to 1930s levels "before there was an NHS", but none of it strictly true, little of it is relevant, and party politics stands in the way of pragmatic solutions. Worse still very little of it speaks to complex and evolving issues that our entire politico-media class has abandoned to managerialist entities at the EU level and above. Their understanding of it is wholly superficial.

As much as I have repeatedly remarked on this blog that Ukip doesn't know what policy is, or what it entails, none of the other parties do either - and they simply don't want to know. They can't cope with nuance, they can't think outside of the box, and when the media is confronted a new concept it has no idea what to do with it.

We see half-baked suggestions and big ticket spending and talk of ring-fencing but nothing represents a coherent agenda for change. The only thing that could persuade me to vote is the vague promise of an EU referendum and even then my own MP, Jack Lopresti, is such a cardboard cutout of a creature that I may stay home on account of Filton being a safe Tory seat. Depressingly, as much as I have berated Ukip, Ben Walker is the only candidate I would consider to be a man of good character in the contest.

In the absence of competent conservatism, the best we can hope for is a Tory government simply to hold the line against another Labour tax and spend government just to give the economy a few more years of breathing space, but there is nothing radical or innovative on the table while we continue to tread water. The only way one can be enthused by any of their policies is to radically lower ones expectations.

I can't speak for others but this is certainly the cause of my "voter apathy". I'd like to see a new era of civic participation, low taxes, voluntarism, localism, direct democracy and a revitalised public debate that extends beyond tired memes and mantras. We keep having the same debates, often reaching the same conclusions but we have reached a impasse with our government because we can exert no power over it. Put simply, we don't have a democracy.

We are to be exposed to months of horse trading, bartering and bribery with our own money but this voting ritual should not be mistaken for democracy. It is at best an opportunity to shuffle the deck in an established system which could not be better engineered to prevent the public influencing their own affairs, or deciding how much of their money can be taken and what it is spent on.

Ukip complains about "the establishment", thinking that things would work better if only the present crop of MPs were replaced with their MPs, but without a systematic and holistic programme of democratic reforms the establishment will remain unaltered, for it is the system, not the people, that makes up the establishment: the mechanised revenue collecting justice system, the quangos, the councils and their outsourced quasi-private "partners".

An English parliament is not going to fix the systemic rot, nor are selective referendums on a local level. Nor is regionalisation in the guise of devolution. As usual these are electoral gimmicks whereby power is conditionally loaned from the centre rather than a defacto recognition that all power is sourced from the people themselves. The democracy the establishment offers is democracy on license. We may choose as we wish, but the power is theirs to revoke as they see fit.

One is even tempted to agree with Russell Brand in that a vote in this system is tacit consent to it. As our politicians curl out another steaming "policy" and our drive-by coprophagous media swarm upon it, one can be forgiven for disengaging completely because the change we need is not going to come about through voting.

I have long maintained that even leaving the EU is not much of a steppingstone unless we're willing to go the whole way. A tyrant establishment from London is little better, and in some respects worse than one run from elsewhere. Strasbourg judges making up law on the spot is little different to letting Ukip do it.

In this election we are being asked who we would prefer, from a limited selection, who we want to represent us. But what if I don't want to be represented? What if I can't be represented? And why should I consent to be ruled by a system which has no democratic legitimacy on any level? Why should I buy into this lie? And why should I pay for its upkeep? So long as the choice remains within the narrow confines of proxy democracy, and while debate is framed within a narrow set of predefined parameters, there is no actual reason to engage in this charade.

The next four months will be critical in deciding whether we get a referendum on the EU, and for that reason I may find some small cause to try and influence the outcome of the election, but in any eventuality, the real battle, the battle for democracy doesn't start until afterwards, and one might as well wait until the white noise has subsided, because this will be a relentlessly tedious ideas-free election.
Posted by Pete North at 07:51