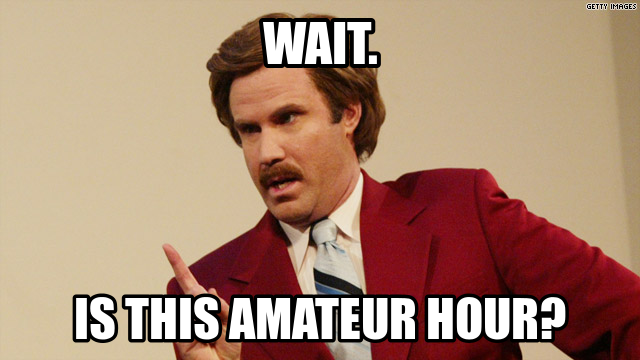 It is often the case that the longer and harder one works on a blog post, the fewer people will read it. Mediocrity rises to the top and if that mediocrity tells people what they already believe then it will punch through the glass ceiling (see Breitbart). But very occasionally it's possible to make a breakthrough. I spent some considerable effort examining Ukips most recent campaign material entitled "100 reasons to vote Ukip". I am pleased to report it is the highest scoring post on this blog ever and gave me my highest single day hit rate.

The reaction to it has been telling. If you read the post, you'll see I've been as fair minded as I possibly can. But this has not stopped Ukipists going into full denial mode calling it "laughable" and "riddled with errors". These obnoxious individuals are so tribal they cannot possibly conceive that it might be constructive criticism - or at least criticism from a source they would do well to pay attention to. It is not a leftist naysaying attack. It simply asks questions which have not been adequately answered, highlights the incoherence and inconsistency, and the lack of applied research.

But insomuch as it tells us what we already knew about Ukip's attitude to policy, that any Tom, Dick or Harry can produce it, it demonstrates a slovenly unprofessional back office operation. The clue is "policy" number 55. "Scrapping the arbitrary 50% target for university attendance." This was one of Blair's flagship policies and it was rescinded nearly five years ago. What this tells us is that this material has either been lifted word for word by someone who knows nothing about politics, or by someone so sloppy they have not at any time made the effort to re-evaluate their own political narrative.

The fact this material got through any vetting process tells you there probably isn't a vetting process and that no competent person is in charge. By rights, any kipper ought to be furious that Ukip still hasn't professionalised, still hasn't developed an effective communications strategy and still hasn't conducted any policy research. What we see here is an "it'll do" attitude, assuming nobody will notice how execrable it actually is. And that REALLY tells us something.

They know the media is watching and they know the critics will not let Ukip off the hook for this pathetic work. But they don't care. They are playing to the gallery and playing to a small core of voters who will lap it up without question. This suggests they take voters for idiots, which is extraordinarily arrogant. This is why I maintain Ukip will fail to broaden its appeal - thus all it can do is damage the eurosceptic cause.

Meanwhile, a Ukipist in a hurry to defend this material earnestly informs me that "It's not a manifesto. It is just a reflection of things that will be in the manifesto". That might be the case, but it is still primary viral campaign material, with less than one hundred days to go in a general election campaign - with no hint of a manifesto in sight.

They argue that no other party has yet released its manifesto, but when you have idiots as bad as Ukip idiots, it would have been strategically wise to release early to stop Ukipists making up garbage on the spot. The manifesto should have been ready to go months ago, but now we're in late January and sources hint it's nowhere close to finished.

Opinion formers will be looking at this material, not looking to see if they agree with the policies, but asking whether Ukip represents a credible and serious outfit capable of governing. On the basis of the above, what would you conclude?
Posted by Pete North at 20:38