Why direct democracy will work 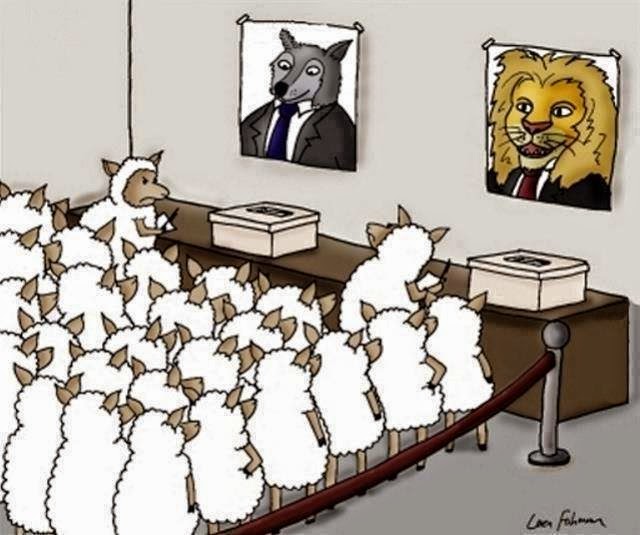 One of the most common arguments against direct democracy as proposed in The Harrogate Agenda is that it will result in the usual 20% of committed activists taking over the machinery and eagerly voting on every proposed law while the rest of us let them do it. It's true. That's exactly what will happen. For a while at least anyway.

Most people who dismiss The Harrogate Agenda do so because they have not fully understood it. While we have six points on the agenda, they are not by any means unconnected and one demand in isolation of the other does not lead to the transformation we are seeking. Direct democracy is only a part of it and it is our view that it cannot work without real localism. Where local referendums are concerned, we redefine the term "local".

When we generally talk about local authorities we are not really speaking about a local entity. For instance our hometown of Bradford, it is an authority that governs at least four satellite towns and several suburbs larger than those towns. We hold the view that any "local" authority which takes two hours to drive from one border to the other is not one you could in any reasonable sense call local.

We hold the view that the closer a decision is made to where the effects are felt, the better that decision will be. Consequently properly local referendums will most likely produce results that most favour the local residents. For a time, we expect that a self-selecting few will dominate the outcomes of these referendums, but the point is, if the power is in the hands of the people, they own that decision and by way of not voting take responsibility for that. There is no more democratic deficit and voters can't say they had no voice in the matter. Bad decisions over time will encourage greater participation.

Over time, as we see bad decisions made, the public will no longer be able to blame "the establishment" or corrupt politicians. There power is theirs to wield as they choose. We propose a mechanism whereby the public can force a referendum by means of a residents only petition meaning decisions can be overturned with second referendum if the public so demands, and turnout minimum thresholds for a motion to pass.

Moreover, since we include in our six demands the ultimate veto on spending and tax rises, we do not anticipate low turnouts. It is already the case that councils must put council tax rises to the public if they exceed 1.9%. There's a very good reason why we have not yet such such a referendum. They know full well they would lose. Therefore, the very existence of a referendum lock system means that only propositions with a realistic chance of passing will be put before the public. The more unpopular or popular the proposal, the higher the turnout will be.

By way of having real localism, the effects of bad decisions are also limited only to those in the immediate locality. It doesn't actually matter if the mundane issues are controlled by a self-selecting minority since such matters are not likely to have any great personal impact on the majority. Even if it becomes the case that regions are dominated by a self-selecting few, they will still be bound by constitutional constraints.

One of the other criticisms of what we are now calling Referism, is the cost of holding referendums. We see no reason why they cannot be held as batch referendums using tick sheets in the same way people use National Lottery terminals. Given what local authorities waste by way of spending without consent, and the cost to taxpayers of tax increases without consent, the cost of such a system ought to pay for itself.

One of the main reasons for voter apathy is that voters feel their vote does not matter. With properly localised referendums giving them direct ownership of their own affairs, it will very quickly demonstrate that not only do they have a voice, there is a consequence for not using it.
Posted by Pete North at 05:02