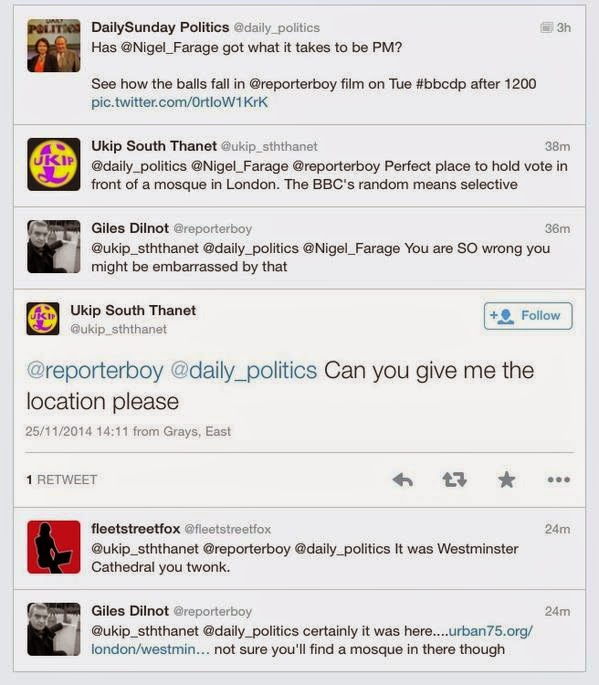 By now, the word is out that a Ukipist has is taken Westminster cathedral for a mosque. That a Ukipist Twitter activist is a total moron is not exactly news to me. Nor is it news that Ukipists harbour a fear of all things Islamic. But that's really not the story here. Ukipist stupidity is now internationally recognised. Reported in the Washington Post, the headline reads "British anti-immigration party mocked after mistaking Westminster Cathedral for a mosque".

Read it again. The "British anti-immigration party". From the outside, and over the Atlantic, without knowing the context of where Ukip came from, the perception of Ukip, from the message it sends is that Ukip is an anti-immigration party. That's now what it is perceived as. Not just to the yanks, but to anyone who doesn't particularly follow politics. Ukip has become an "anti" single issue party, and it isn't even about the EU.

That is a direct consequence of those ill-conceived posters back in May. That is the stigma Ukip has created for itself, and will likely never shake off. And not only that, their global ambassador here is a stupid, paranoid islamophobe. And that's now the face of euroscepticism here at home. This is supposed to be a "tee-hee" funny story, but when you think about it, this is no laughing matter at all.
Posted by Pete North at 14:07