The activists are the least of Ukip's problems 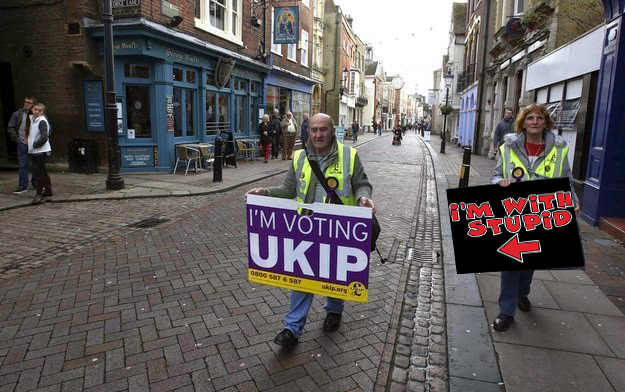 According to Buzzfeed (yes, I know)...


ROCHESTER – UKIP campaigners at the Rochester & Strood by-election have been banned from speaking to journalists to prevent them embarrassing themselves, a party spokesman has admitted. Activists are prohibited from speaking to the media until after tomorrow’s by-election because the central UKIP operation fears they are too radical and “too UKIP-y”.

This is essentially an admission from Ukip that Ukipists are stupid and ranty and a bit racist and a complete liability. Now as you know, I've been talking about this little thing called message discipline for a while, and getting Ukipists to STFU is probably not a bad idea.

But as we have seen from Paul Nuttall, Mark Reckless and Patrick O'Flynn, allowing any of them to speak with the media is not turning out to be strategically wise. This is where it might have helped to have written a few of those "policy" things and have a little bit of professionalism. But this is Ukip we're talking about.
Posted by Pete North at 09:58