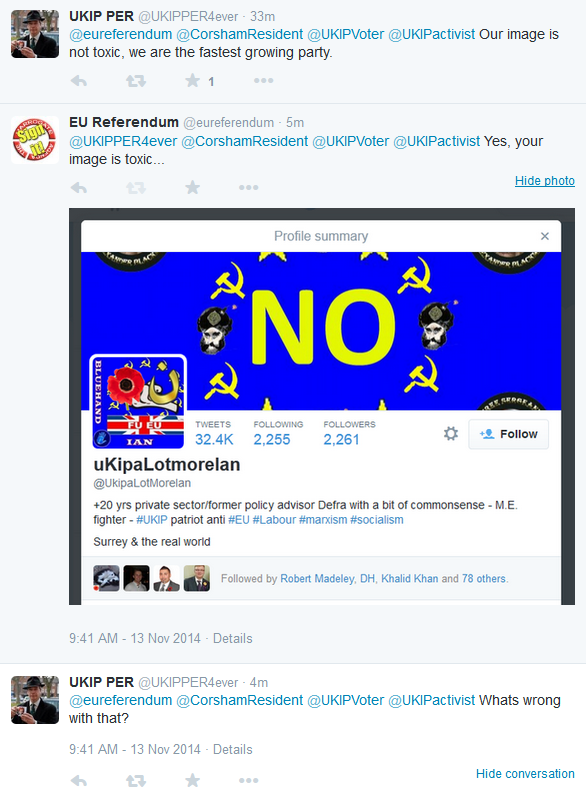 In a staggering display of non-self awareness, we get the above from a Ukipist. Note he is followed by some fairly prominent Ukipist Twitterers.

As I keep trying to explain, the margin for euroescptics to win is a narrow one. Now, ask yourselves whether the undecideds who have never really given the matter much thought, or are a little bit sympathetic to the idea of the EU are ever going to be persuaded by THAT?

No, they aren't. Which is why we need to be selling them a sensible, credible alternative to the EU that answers all the questions with real world arguments rather than mere speculation. And it's as much about conduct as it is arguments. Do you think that blethering on about immigrants, Muslims, the LibLabCon and the EUSSR is going to change minds? Do you think this dogmatic, adversarial approach can win a referendum?

If you answered yes to any of those questions, then we have already lost the referendum and we might as well pack up now. Shape up, morons.
Posted by Pete North at 10:09