Charge of the lightweight brigade 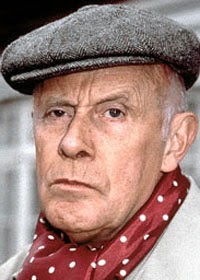 As soon as those ridiculous immigration posters came out it was easy to see what the Ukipist game plan was. Farage himself admitted he was chasing the BNP vote, looking to consolidate Ukip as the official vehicle for disaffected losers. He succeeded. We now learn from this YouGov demographic analysis that Ukip has cornered the market on grumpy old white men who failed at life, largely by pandering to their prejudices. More high brow types call it "the politics of the left behind". But that's just a polite way of saying "loser".

We now have grumpy, ranty right-wingers joining forces with old Labour types from oop North. The plan worked a treat. But the problem here is that while shouty, ranty misanthropic politics is attractive to white lower middle-class men who failed at life, it isn't very attractive to anybody else.

This blog maintains that in order to win an EU referendum we will need to broaden the appeal of euroscepticism but Ukip seems dead set on making it the sole province of people who think the Dambusters is the greatest movie ever made. Ukip's pandering to the basest prejudices of one demographic might well have galvanised a voting bloc enough to make a surge look credible, but the big question is how to break through that glass ceiling. This demographic alone cannot win a general election and it certainly wont win an EU referendum.

Ukip hasn't thought this far ahead. How can it now present a less toxic manifesto without looking even more inconsistent and ridiculous than they already do? And how can it now make a rational policy for leaving the EU without telling their ranters what they don't want to hear? A leader capable of listening would be able to answer those questions. But Ukip has Farage. Ho-hum.
Posted by Pete North at 10:42