Politics is not just about big ideas. 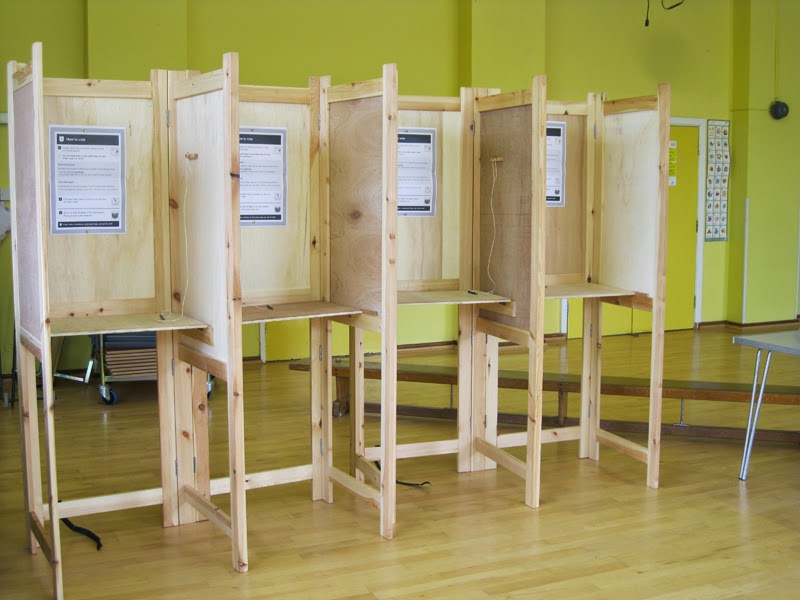 One of the recurrent themes on this blog has been the dearth of big ideas and visions among our political parties. The supposedly revolutionary upstart party (Ukip) has such a depressingly pedestrian set of policies, it's not difficult to see why they haven't inspired a renewed vitality in what we laughingly call a democracy.

Were there any big ideas on the table, I expect we would see a more vibrant public debate and more engagement, but part of the reason no big ideas are on the table is because, actually, quite a lot of government (the mundane stuff that you don't see) actually works. Tinkering with that stuff is very much a procedural and dull process. By and large, the public don't really give too much of a toss whether wing mirrors on lorries should be an inch wider or whether manhole surrounds on road tankers should have 15 bolts or 20. But that stuff still needs regulating. We don't get involved because we don't need to be. Some of this stuff has to be delegated. In many respects democratic interjection is neither desirable nor necessary.

As to the big questions, many of them are settled. The things that are still in any serious dispute are actually witheringly small in number. All but the crackpot fringes are agreed that we need some kind of healthcare costs mitigation system even if it is not in the form of an NHS. Similarly just about everyone thinks that there should be a welfare system of a sorts. What shape that takes and how we eradicate fraud and dependency are pretty mundane technicalities, which again, most people have a vague preference on but not enough to actually want to get involved.

So because the big matters are settled, the mundane acquires a greater significance. Most people would rather get on with whatever it is that gets their rocks off rather than blogging on a Wednesday night about the need for more cycle paths on the A38 (southbound) or whether a park and ride system is the right way to go for Chipping Norton.

A more educated population, thanks mainly to the internet, is starting to demand more choice, more say, more freedom and more of everything. Whether you care to admit it or not, capitalism is giving us that. If you doubt me, pull that smartphone out of your pocket and marvel at what it can do for the pittance you paid for it, and how little it will cost in just a couple of years time. Whatever big idea you have cannot possibly compete with that.

The problems arise when the systems and the people we entrust with the dull managerialism get it wrong. From NHS Staffordshire to the Rochdale scandal, the people we entrust who have failed us find ways and means to avoid accountability and proper scrutiny. And somehow they get us into deeper debt, spend too much, waste too much and tax too much without consent.

Collectively, the people have little or no power with which to put road blocks in the way of politicians and their vanity excesses. All we get from them, is that you must pay and you will pay. The lack of that essential power is essentially a lack of democracy. We can vote out the councillors and the MPs but the system remains the same and so does the real executive - the obscenely overpaid anonymous manager clones. They do not listen, they merely transmit, and the message is "obey".

We have defeated socialism, communism and all the other isms that simply don't work, and there is no longer much room for big ideas, but for one. Democracy. It's the one thing we have never had and never so much as tried. We have electorally mandated reshuffles but we have no power over them or the decision making system in which they work. That is not democracy. Now if any party were to present a real blueprint for real democracy, one that gives us the control when it mattered, I expect that would see a surge in voter participation. A system in which our voices actually mattered would be quite the novelty.

But here's the rub. Democracy means people power... Meaning the establishment must relinquish it and trust the people. That is something they are fundamentally incapable of doing and will never allow us to vote for it. So we shall have to take it by other means. We cannot vote our way to democracy. Nothing worth having was ever that easy.

Did someone say "Harrogate Agenda"?
Posted by Pete North at 11:11