The silence of the Ukip lambs 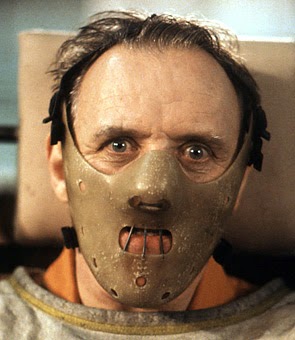 There's two possibilities here. Either I've become such an obsessive EU bore that I think the speech given by Owen Paterson yesterday was top story in British politics and it has been buried by the mainstream media OR, a Tory backbencher giving a speech on the EU to a bunch of think tank wallahs isn't all that exciting. Call me predictable, but I'm going to go with the former.

While the content of the Paterson speech is not, and will not for the foreseeable future be Conservative policy, it does put clear blue water between the right wing of the Conservatives and Ukip.

If Paterson can cultivate support for his ideas then we have a a pragmatic, sensible Tory right who can take us out of the EU and it's political constructs, to take us back to to a single market arrangement - which is what most Brits thought they were voting for in 1975. A fairly uncontroversial prospect that is easy to sell. This is as opposed to Ukip who have categorically ruled out any single market membership mechanism but have yet to outline what exactly it is they would do.

Naturally this does not give Ukip any wiggle-room. The issue Ukip ought to own outright has been snatched away from them. The party is now rudderless with a leadership that has nothing to say on the very issue it was set up to campaign on - and the silence from Ukip is deafening.

Meanwhile, David Cameron should welcome this timely interjection by Owen Paterson because it ought to convince Tory Ukip sympathisers that there is a movement within the party that represents the most realistic option for an EU exit - and one which can reasonably capture the centre ground in ways that Ukip cannot.

What it also does is reframe the debate. For too long the debate has been centered around dry economic issues, when at the heart of the EU debate lies something more fundamental. By making it a choice between the single market and full integration, including joining the Euro, it will be the first time an honest choice has been put before the public, where the realities of the EU project are brought to bear. A referendum on those terms is one we cannot lose. Little wonder then that the Guardian has been so reluctant to offer comment or allow a debate on Paterson's ideas.

Critics of the plan, including the front runner federalist advocacy groups, have been quick to leap on the "fax democracy" bandwagon, ever quick to convince us that Norway has no influence in EU decisions. Well, so what? Norway doesn't have influence in US government decisions either. Nor does the EU for that matter. That's how national governments work. We are saying that the EU is a federalist project with the ambition of becoming a new country, and while we would be happy to be friends and allies with that country, we don't want to be a county of it.

We need not reiterate how much more global influence we would have as a leading EEA member, with seats reinstated at the top tables, but we have not said the Norway Option is the final destination either. We have repeatedly made the case that unravelling ourselves from decades of integration will take almost as long. Thus for a quick exit from the federal aspects of the EU, we choose an off-the-shelf solution as a departure lounge mechanism. What lies beyond that is decades away - and a whole debate in itself.

The genius of the Paterson plan means that the usual dry economic arguments are entirely sidestepped by remaining in the single market, and the more nuanced and accurate approach to immigration means there is no danger of brand toxification as has happened to Ukip.

One might argue that the damage is so severe to Ukip now that it has nothing to do but to live with it's little corner of politics as a sanitised BNP, fighting its fringe culture war, divorced from the EU debate while others make the running. The more pragmatic members of Ukip will soon come to realise that sitting on the sidelines waiving a Ukip flag and complaining is not going to get them out of the EU, and working to further these ideas within the Tories will at least get them some of what they have wanted from the beginning.

Soon the gravity of Ukip's strategic errors will hit home if they haven't already. They've had their underpants pulled over their heads and been wrong-footed on what was their central issue. Were I Nigel Farage, I would be keeping a low profile too. Ukip has become a sideshow. Again.
Posted by Pete North at 07:55