What exactly did they think was going to happen? 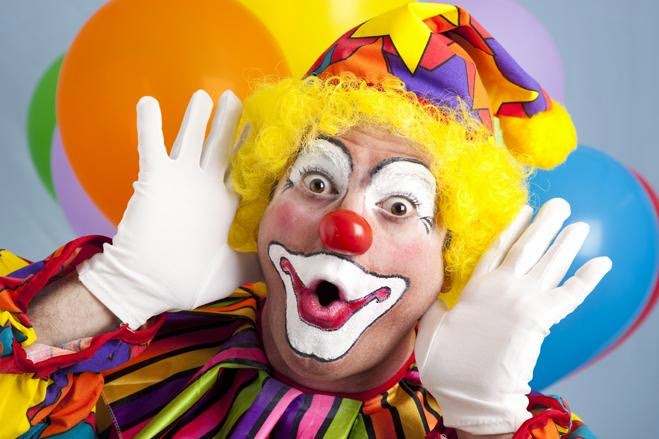 Oh this is fun! Following this morning's quasi-engineered controversy, we have Peter Oborne defending his old lunchtime drinking buddy in his hour of need. "I should declare an interest." says Oborne. "Mr O’Flynn was my colleague for many years on the Daily Express. He is a man who’s integrity and intellect I greatly admire."

Schlurpp! I was never a fan of Oborne since he's written some of the most sycophantic pro-Cameron pieces ever published in the Telegraph. That he admires the non-existent intellect of Lunchtime O'Flynn tells you just about all you need to know, and the notion that O'Flynn is the cornerstone of Ukip's electoral prominence is one so abjectly absurd that if you need it explaining, you need to up your medication.

But then Dellers is getting in on the act too saying that Ukip needs a coherent economic policy. It was at this point I spat coffee all over the screen. Asking Ukip to come up with anything coherent, let alone a policy is akin with Dr Johnson's dog. It is not done well; but you are surprised to find it done at all. Though Delingpole to his credit has been fairly consistent in saying Ukip has nowhere to go if it doesn't pick a direction and stick with it. He is a licensed dissenter. He is allowed to say these things without being unpersoned by Ukipists because most of the time, he feeds them with the tat they want to hear. But now Mr Johnny C. Lately of Conservative Home chimes in...


Whatever the outcome of this latest battle, one thing is clear: the internal tensions within UKIP are building. Some of it is interpersonal, some of it is policy-based, most of it is a mixture of both. As Red UKIP continues to gain sway within the party, new figures develop their standing and – not least - Carswell and likely Reckless sit under the purple banner in the Commons, that’s only going to get worse.

Well, no shit Sherlock. Readers will recall this blog saying about as much back in May and for a long time before that. Some readers have noticed that I'm a stuck record on this particular subject, but it is remarkable how so many chickens are gradually returning to the roost - and plotting the trials and tribulations of Ukip on this blog is now just irresistible light entertainment. Any kind of serious analysis is beyond the comprehension of Ukipists so I tend not to bother.

I must confess, I never predicted the Tory defections and that has shifted Ukip's fortunes somewhat, but it doesn't really change the course of this blog's narrative. Thanks to the rapid expansion caused by a reversion to cheap populism, Ukip has nothing to unite behind and is too disparate to agree on anything. And now that there are a few large egos in the public eye, a civil war is only a matter of time.

It will be very interesting to see who Farage throws under the bus. Lunchtime O'Flynn is expendable, but Carswell is not, and this cringeworthy policy improv must be starting to embarrass Farage as much as it does Carswell. O'Flynn is on borrowed time. If not he then one of the other Farage devotees is due for the chop. It's just a matter of time and odds before one of his intellectually challenged minions out-clowns Farage. Lunchtime is presently front runner on this blog with Louise Bores coming in a close second.

Predictably, as with the Bloom fiasco, Farage will escape criticism, but a high profile sacking of an idiot like O'Flynn actually says more about Farage's competence than anything else, and even the Ukipists will twig it eventually. They do catch up eventually. The pros are at least six months behind this blog so it will be a while before the cultists take note.

For the moment, Ukipist cognitive dissonance must be going into hyper-drive. The stuff I've been saying for the last year has been written off as embittered and jealous sniping, but the number of high profile analysts and commentators now catching up is snowballing and becoming difficult to ignore. I've seen Suzanne Evans today trying to present a united front on Twitter, which is comedy gold, but reality will intrude sooner or later. Farage is nothing if not predicable.

Not that I will get the credit for saying any of this. I was unpersoned long ago by the cult. Nothing exists inside the claque until they've discovered it, and they couldn't possibly acknowledge I exist either. And then Ukipists wonder why all I do these days is take piss?
Posted by Pete North at 10:08