Ukip: Not reasonable or sensible 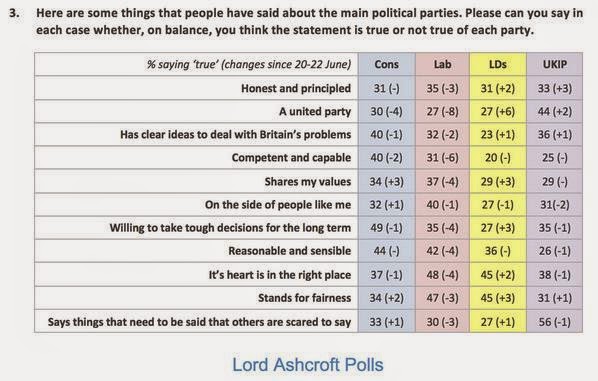 The Ashcroft Poll is out. The Ukipists are crowing that UKIP is "saying things that need saying but which others are too scared to say". Which may well be true, but that does not mean people necessarily agree with them. But what the Ukipists are keen to ignore is that Ukip is not seen as reasonable or sensible - and don't really rate well in the competence and capability stakes either.

This is what this blog has been saying for all of time, and it is a message that Ukipists refuse to hear. And these are the people they are gambling our future on, who will be leading the debate come an EU referendum.

So, Ukipists, do tell. Is this me just "holding a grudge" against Ukip? If you're prepared to accept one finding from this poll, it follows that you accept the others. So I think you have some explaining to do. Don't you?
Posted by Pete North at 08:26