If Ukip has a point, it's lost on me. 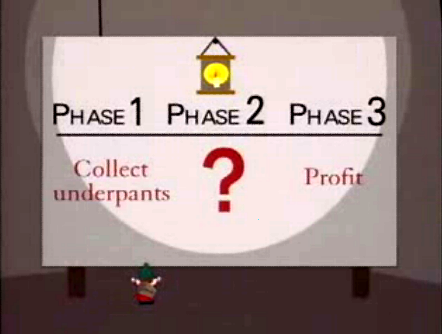 If you ever wanted an example of why the public is so jaded with the establishment it is the European Arrest Warrant (EAW) debacle. It's less about what it is and what it entails as the opaque procedural double dealing. The issue is almost inconsequential since it's highly unlikely parliament would have stopped the EAW, and something of it's type is necessary in any case - for reasons obvious to all but Ukip.

As Simon Jenkins puts it: "What is more irritating is the wounded pride of the backbenchers. The Eurosceptics were understandably angry at being unable to vote against a flawed European measure, and thus protect themselves against Ukip in their constituencies. But the concerted protests, embracing even the Speaker, John Bercow, were those of the MPs who have long cultivated their own impotence."

And there it is right there. MPs could quite easily assert their own authority if they so wished. But in practice that does not happen. The Ukipists are bleating that such double dealing would not happen if only their intellectually subnormal clan were voted in, but what we're seeing here is a failure of an outdated and outmoded system that is no longer fit for purpose, if indeed it ever was - and to think exchanging one bunch of MPs for another is a cure, in a system which cultivates its own disreputable behaviours, is optimistic. Naive, one might say.

You might expect that a party that markets itself on the basis of being anti-establishment might have a reform agenda that goes beyond simply changing the guard - and perhaps a policy to that end. In this instance, separation of powers. But Ukip isn't interested in policy, nor is it remotely interested in defining the problem. The issue for them is simply the EAW because it's "European" and that's the fullest extent of their thinking.

Leaving aside for a moment that British justice is only superior to Europe's by reputation only (in practice, it's hollowed out shell where justice is largely the preserve of the very wealthy), what we have here is a structural flaw in how law is made and the processes for scrutiny. This is what The Harrogate Agenda is in part designed to address.

The lack of any such reform agenda from Ukip tells us that their mission is not to bring about a vision or to set a change agenda in motion. For them it's just like the other tribes - to take power for its own sake - and no ideal or principle is expendable to that end. The party that wants us to leave the EU is doing its best to not have a referendum, doesn't care how many times it changes its spots, and will sink to any level to score a political point. This, we are told, is an alternative to establishment politics, when clearly it is more of the same.

So one might ask, if Ukip doesn't have a reform agenda or a Brexit policy - and no real interest in leaving the EU - and will say whatever to grub a few more votes based on what is popular in the moment... what is Ukip actually for - and why should we vote for it?
Posted by Pete North at 04:38