Why pick on Israel? Self-propelled artillery, that's why 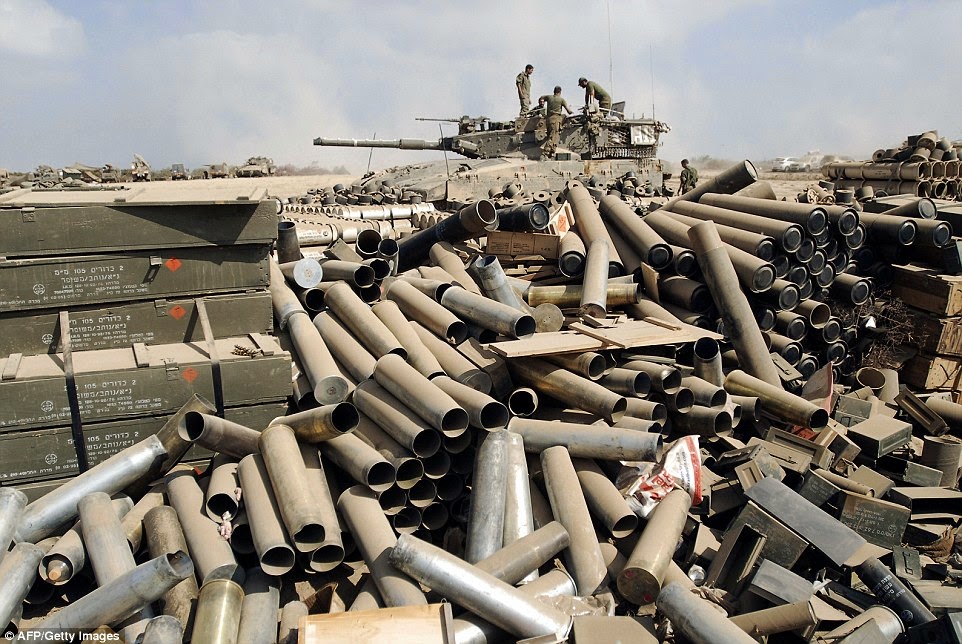 Many are asking why such special attention is given to the conflict in Gaza when the daily massacres in Syria are only mentioned as a token gesture. Israel gets the brunt of global revulsion when ISIS are apparently beheading people and posting pictures online.

Where Syria is concerned, apathy reigns. Collectively we expect basketcase Arab dictatorships to be bloody murderers, and while we might wish for a humanitarian intervention, we have to ask who we are helping if we do? Very often, what follows is far worse, and the modern paradigm of Western military intervention is that our forces will magnify trouble by their very presence. So we turn a blind eye. There is little to be done, except to face the cold reality that we had more than a small hand in bringing this to bare. But that won't stop us from pontificating on what Israel should do.

Some have suggested that anti-zionism and anti-semitism are the reasons for the fierce anti-Israel sentiment. For many, that is probably true. But I'm no Jew hater. I can't say I know enough about Jews to hate them. I think they have stupid beards and equally stupid hats, but I can say that of most other faiths too. I'm not even opposed to zionism as a concept. But I do think that fighting a counter-insurgency war with F15s and heavy artillery is as barbaric as it is stupid, and a first world democracy that we call an ally should not be doing this.

It will fail in achieving any of the military objectives in any meaningful sense, and among the bereaved and the displaced there will be fresh recruits for Hamas. Israel knows this. So there is a different agenda at play here. Israel knows, like Hamas, that there will always be a large global audience of individuals willing to repeat their mantras and excuses. Each side will talk past each other, convincing nobody, each blind to the death and destruction while it continues to serve their own nefarious and narcissistic ends. Due care is not required.

Because it has become such a divisive issue, all we can do make the token appeals to Israel for restraint, but never go as far as actually condemning it. But it's not working is it? High tech, intelligence-lead counter insurgency warfare has gone out of the window and now Israel is lashing out, not giving a tinkers damn what we think. And why should they?

This is a natural consequence of criticising Israel whatever it does. Why go to the expense of being a moral army if people are still going to say you are engaged in "genocide" along with other such hypocritical, deranged hyperbole? Why should Israel care about all this lofty moralising and pontificating when mass slaughters happen every day in Syria (sometimes involving chemical weapons) and nobody bats an eyelid.

For Israel it now comes down to economics. Hamas can bleed Israel dry of funds if it can make Israel spend a million dollars to counter a hundred dollar rocket. All wars comprise of a propaganda war, an economic war and a shooting war. If you can't win the propaganda war either way and you are spending money only to lose that aspect of the war, then you concentrate your assets on the aspects you can win. Artillery is a lot cheaper than a precision low yield guided missile.

With the domestic approval rating for this incursion in around eighty per cent, and there is little domestic outcry, why on earth would they give collateral damage a second thought? Doing the right thing has thus far not paid dividends. Moreover, the low key operations don't make the headlines, and that's not good because Israel is playing to its own international crowds as much as Hamas are.

As Brendan O'Neill observes "The logic of the internationalisation of the Middle East crisis is that both sides become the willing servants of western opportunists and voyeurs. Do not look at the TV news and ask why all this senseless killing is taking place: they are killing for you."

Indeed they are. They have a found a willing audience and Palestine has become the new South Africa for the self-righteous. It is a conflict sustained by our undivided attention. This needs to stop. There was a time when I might had made excuses for Israel, but in amongst the grief tourism photographs passing themselves off as journalism, there are pictures of real black smoke clouds, real piles of rubble, real dead babies and real human suffering. Israel could avoid this if it chose to. But it has chosen not to.

Israel has made it quite clear that it no longer cares for the humanitarian view, and has crossed a line. But ultimately, if you want someone to blame, there's a mirror nearby. Go take a look. Both Israel and Hamas play their games directed at media, but who are the willing consumers?
Posted by Pete North at 12:03