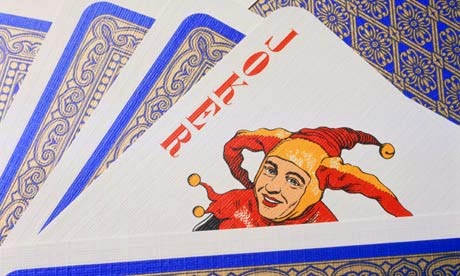 It gives the hack-o-sphere on Twitter something to do, and distracts from the Data Retention and Investigatory Powers Bill which grants further powers to the state to spy on us, but if anyone thought the removal of Gove (or anyone else) will make the slightest bit of difference to anything, they are sadly deluded. His "reforms" are much the same as those of Duncan-Smith - tinkering around the edges billed as radicalism. It isn't. What is wrong with education and welfare is the same thing that is wrong with all other aspects of government: too big, too centralised, too London-centric.

Over my lifetime practically every variable has been changed apart from the two that need to: state management and state ownership. So corrupted is education, and so in thrall the "the blob" it has become, that it is simply not salvagable unless we can crowbar it away from the state. And unless local authorities have total autonomy over welfare, we will continue to see mass roll-outs of expensive failures - greeted with incredulity by all sides, to zero effect. But this is not going to happen. Our rulers will not allow it.

As to Owen Paterson getting the boot, that's no surprise. Here we have an environment secretary supported by the NFU (and widely praised by local groups for his work on Somerset flooding) replaced by a token woman with no apparent experience or aptitude for the role. Where else would that happen but in government? But even then, the impact of this is minimal since in agriculture, environment and energy, these matters are almost entirely regulated by the EU - and our ministers can only work within the constraints placed upon them. So at best they are apologists and media spokesmen.

As to Hague going, well, so what? The EU is our foreign policy. It negotiates our trade deals and is gradually dicating which conflicts we embroil ourselves in, regardless of the national interest. The job of foreign secretary is a non-job, hence why Hague is reduced to soft power moralising on gay rights and sexual violence in conflict. These are hardly matters of empire.

This reshuffle is not about ideas. It is not even about power. It is about maintaining the illusion that we have influence over our own affairs, and that women can be token placeholders too. Whether they are pro-gay marriage, anti-wind, pro-badgers or eurosceptic is largely redundant. These people are not in any position of power.

But then we don't want them to be either. Having these clowns in charge of us is no better or worse than having the EU at the helm. Ministers and Eurorcrats alike inhabit worlds barely relating to our own, and our voting rituals are just as empty as ever they were. What we need is direct democracy. If we are to have unqualified people making decisions on things they know nothing about, why not cut out the middleman?
Posted by Pete North at 06:49