Council tax: creating poverty in ways only government can 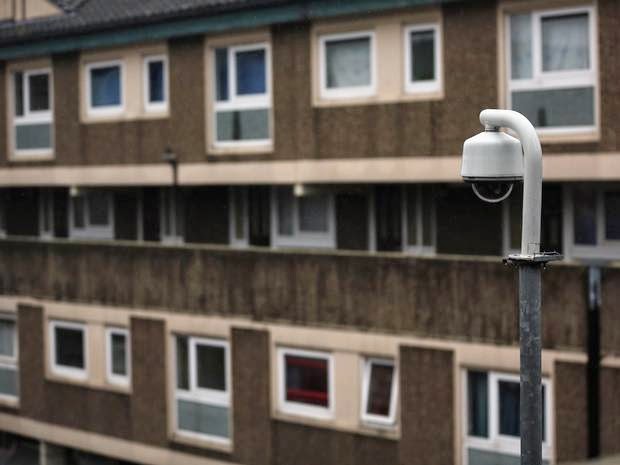 Council Tax is coming into sharp focus as the effects of council tax benefit reform begin to bite. Council tax is unpopular because it's money we have, and it's money we miss when we are forced to pay it. That makes us acutely aware that government hits us in the wallet. Because that money is missed, people recognise the connection between what they pay and what the councils do, and what they waste.

It is a tax that makes people angry. And that is why it is a good tax. All tax should make people angry. Everyone should be acutely aware of just how much they are paying for what little they receive. This is why I would prefer to see income tax collected locally in the same way as council tax. It is because income tax it is invisibly deducted from our wages that we psychologically don't miss the money. You don't miss what you never had and you don't see the opportunity cost by paying it PAYE.

What the country needs now more than ever is more angry people who are paying attention to our rulers and what they spend our money on - and we especially need more people waking up to the fact that everything government spends is money taken by force.

Just recently, councils have been surreptitiously adding fees and charges to services that were once covered by council tax. This is to avoid holding a referendum on council tax increases over 2%. They do this because they know that if they asked for our consent, they know they wouldn't get it. It is for this reason that if a referendum is ever held on council tax, there will never ever be an option on the ballot paper to reduce council tax by two per cent or more. They would rather keep the larceny under the radar to stop the public waking up to the fact they are being fleeced at every turn by their own governments.

Additionally, for too long we have had a welfare class who pay little, if any tax, thus are barely aware of the relationship between what they receive and where that money comes from. As much as this leads to irresponsible and feckless lifestyles and results in poor choices which are free of personal consequences, it also promotes political disengagement. If you are not paying anything yourself, then who cares how taxpayers money is spent? It creates a whole class of welfare serfs, looked after by state employees who will never vote for cuts to government.

There is a strategic nudge value in cutting council tax support. While life on benefits certainly isn't easy, for many it beats the alternatives. Some can, and do, live quite comfortably on benefits. If the extra squeeze on budgets such as council tax benefit reform and the bedroom tax put the squeeze on just enough to get people out of the house and into work, then in the long run, that is the kinder and fairer thing to do. And if it gets people more politically engaged, then all the better.

But there will always be households who really can't pay, and really shouldn't pay. But that is of no consequence to most councils. In 2013 the government cut the grant by £300m – and told councils they would have to find the difference from saving or by reducing the benefit to poor residents. They chose the latter. As a result, we learn from the Independent that nearly 16,000 people in London alone have been referred to the bailiffs for non-payment. Councils are now engaged in mass harassment of the people they are supposed to serve.

What makes council tax especially evil is the way in which it is collected. It assumes everyone is paid monthly, it assumes that a missed payment is refusal to pay and councils are trigger happy with court action, adding hundreds of pounds in extra costs, far exceeding the value of the "debt". They are ever keen to unleash their privateer bailiffs, who resort to whichever tactics they so choose with the full cooperation of councils and the police, who themselves willfully and knowingly turn a blind eye to the crimes of bailiffs.

This epidemic now extends to such a degree that this now the number one cause of debt problems reported to Citizens Advice - and considerably worse than those problems created by pay-day loan companies, which it seems are hated more by our paternal political class than the people who actually use them. I guess when it comes to bullying and grand larceny, the government hates the competition.

Our councils are now wholly parasitic, they are accountable to no-one, and there is no limit their greed. Notionally, a great many of the services they provide are designed to help those in poverty but they have no shame in driving those very same people into deeper poverty.
Posted by Pete North at 06:22