And justice for all? 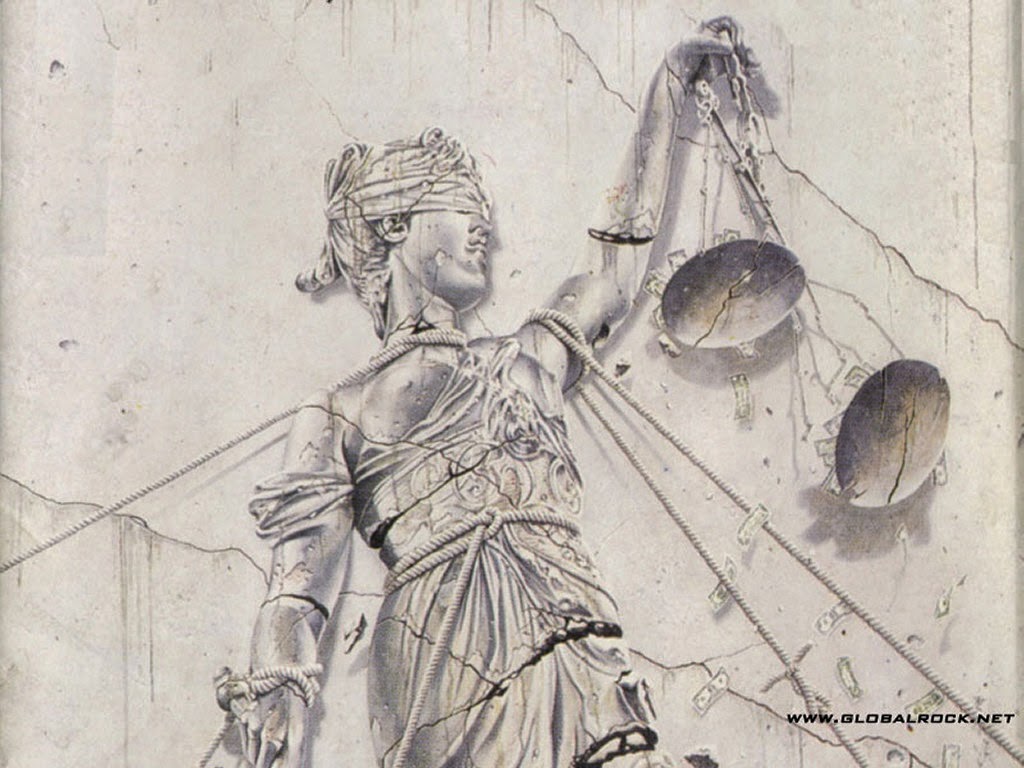 Regular readers will be aware that I am a criminal. Some cowboy bailiffs, without lawful authority, clamped my car for council tax that was not owed and added illegal charges. I cut the clamp off with an angle grinder and didn't pay their fees. For my trouble, I now have a record of criminal damage against my name and a fine of £1300.

Phillip Johnston, one of the few adults left at The Telegraph, has noticed that such punishments are part of a much larger trend where the justice system serves not justice, but exists to enforce state policy, needlessly criminalising ordinary people while making a few quid in the process. (read the whole thing).

That in itself is brewing up a toxic resentment, but it runs in tandem with a more obnoxious phenomenon. So-called “petty offenders” which includes shoplifters, vandals and people who assault their spouses regularly escape criminalisation. Even burglary can be dealt with by way of a community order.

I have seen this in action myself. While defending myself against a speeding charge (going at moderate speeds in good conditions), I witnessed a recidivist walk free with only small deductions from benefits to pay a fine, having ruthlessly battered his sister and taken the contents of her purse to go drinking with.

A second offender had walked down the high street, smashing car wing mirrors off and kicking in shop doors. He was given a small fine, again deducted from benefits. As to me, I was hit with the full fine and banned from driving for a whole year, costing me my job, my relationship and consequently everything I owned. It is for this reason I hold the police, the court system - and the politicians who make these laws in bitter contempt.

This is conveyor belt justice, eroding the very concept of criminality, where the system is run for its own convenience, much like the police, and our only role is to pay up and do as we are told. We are sleepwalking into a corporate state where we are mere economic units to be managed like cattle, without a shred of democracy or due process. And that will come with a heavy price. Because I am certainly not alone in waiting to get even.
Posted by Pete North at 17:55