Nice "work" if you can get it 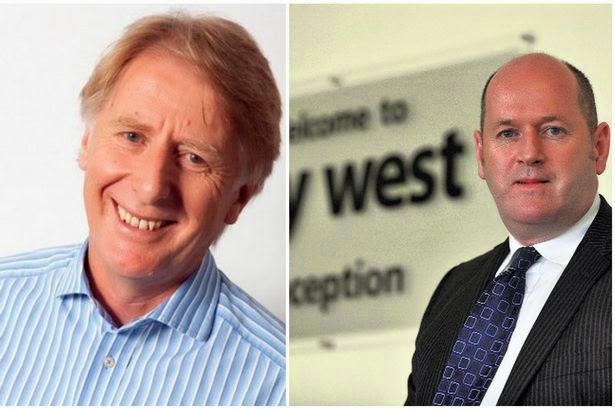 Since we have been on the subjects of parasitic public sector CEO's and housing, here's a double whammy! Very often the vast majority of a housing association budgets will come from the public purse in one form or another, but they still get to notionally call themselves private sector "enterprises". And you know what that means. An unaccountable gravy train.

We are used to council CEO's bagging over £150k to perform the duties of a town clerk, but in the housing sector the piggies have their noses even deeper in the tough. As social tenants fall deeper into arrears, and when cuts are wiping out Bomford Group in Staffordshire, I am unsurprised to learn that one chief executive, Stephen Porter of Great Places Housing Group took home a staggering £436,000 before quitting in April last year, including a huge £276,000 pay-off when he left. We also learn that Ian Munro, chief executive at New Charter Housing in Tameside, pocketed £200,918 in 2012 - a raise of 13 per cent.

It wouldn't matter so much were these people at least competent, but here we have Munro declaring "we won't build smaller homes just to clean up the mess of the bedroom tax". Munro being a man of such astonishing talent tells us that "after 40 years in the business I know this housing stuff is complicated and combining it with reform of the complexities of the welfare system makes it doubly difficult. But building a few tiny homes won't solve it any time soon."

Well actually, it's not all that complicated. Demographic trends point to rising single occupancy homes and smaller homes are in demand with or without the "Bedroom Tax". Moreover, there is a lot that can be done to convert larger homes into two flats, which are more economical to run, easier to heat and easier to clean. In some parts of the country there is a surplus of three bedroom semis, particularly in Wales, which due to the dreaded bedroom tax cannot be let, but would make ideal candidates for conversion. They work quite well. I know because I live in one.

So here we have a notionally private "enterprise" chief executive sucking up public money while telling us he sees no obligation to supply an increasing demand. He wouldn't get this far in retail.
Posted by Pete North at 04:30