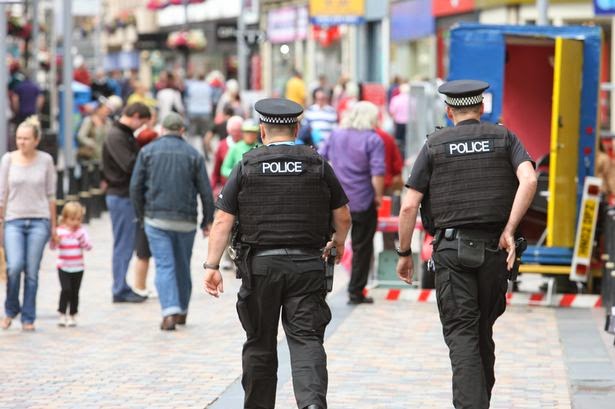 "Police state" is a term bandied around rather a lot these days. But Scotland has turned that corner. Today we learn that despite Inverness having one of the lowest crime rates in the UK, and serious gun crime in the Highlands being incredibly rare, Chief Constable Stephen House has refused to remove firearm officers from the beat.


Despite a growing outcry across the Highlands over his one-man decision to put firearms officers on the beat, House refuses to change course. And even though Scots have never voted for the arming of police on routine patrol, Justice Secretary Kenny MacAskill refuses to rein him in. Local politicians, however, have vowed to make both men think again.

The deputy leader of Highland Council, David Alston, summed up their feelings yesterday when he said: “It’s not acceptable that a single person – the chief constable – should be able to change the nature of our policing. "Our policing has been based on an unarmed tradition. We all recognise the need for police to be armed on occasion but we now have armed police on regular patrol."

Lib Dem Alston added: “This is a change in policy that requires public and parliamentary debate. The Justice Secretary should step in and make sure there is debate. “A lot of people are angry about the way policing has been changed surreptitiously. Most people I talk to feel it’s unnecessary, particularly in the Highlands.”

Fifty-nine Highland councillors backed Alston’s motion last month to ask House to change his mind about guns on the beat. The police said they would consider the request, but made clear that the policy was not likely to change.

Scottish Labour, the Tories and the Greens share the Lib Dems’ concerns. The SNP Goverment stick to the line that guns on the beat is an “operational matter” for House to decide.

Does this sound like democracy to you? If councillors cannot force a police chief to back down on something like this, what exactly are they for?
Posted by Pete North at 05:33