Gaza: And so it begins. Again 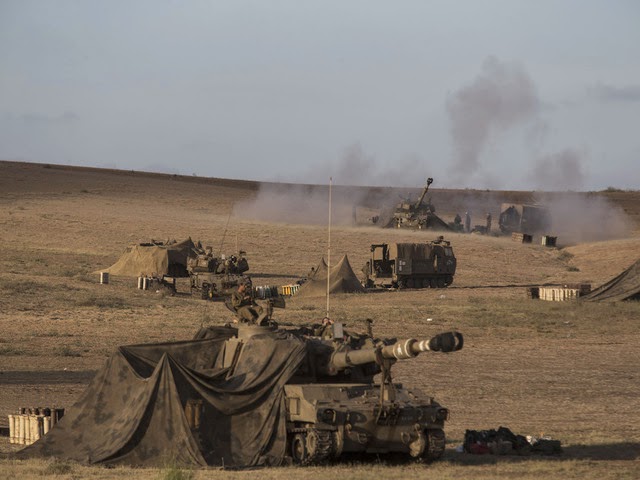 And so the IDF rolls in once more, to cries of "genocide" and "ethnic cleansing". If this is ethnic cleansing, Israel isn't very good at it. They really should ask Syria for advice on how to do it properly if that is their intent. But as before I ask, what is the point?

The IDF will doubtlessly discover weapons caches and tunnels and will do what is necessary to dismantle them, but will lose soldiers in the process, fill up our screens with black clouds and explosions, and probably end up killing a thousand people or so, as they did last time. And it will probably cost hundreds of millions to do it.

After a few days (or weeks) of operations domestic opinion will turn against any kind of long term venture, the IDF will file through the gates back home, and we all go back to ignoring massacres in Syria. Nothing will be achieved that could not be accomplished by more sophisticated means. The application of intelligence and counter insurgency technology on a permanent basis negates the need for any of this. But instead, in a year or two, we will be back here again.

Some are asking why there is such a double standard applied to Israel and why Israel is being held to such impossibly high standards of conduct when no Arab nation is. Some might call it racism of low expectations, but Israel does sell itself as a liberal, tolerant democracy so I take the view it should be held to account as such.

We put soldiers such as "Marine A" in prison. We hold enquiries when military mistakes are made, and that is fed through into training to ensure it doesn't happen again, and our weapons development reflects a continuing desire to bring down civilian casualties. It is our wish to eliminate all such deaths, and rightly so.

Despite the hyperventilation, Israel has not used chemical weapons but it has used guided artillery which, while deadly accurate, does have a very wide shock radius as this video demonstrates. The choice of weapons deployed in an uban counter insurgency war matters absolutely. This video of a GBU-44/B Viper-E shows just how effective low yeild munitions can be and how you can shape the charge to limit blast radius. Israel is actually a large exporter of this tehnology, but seemingly the IDF has no particular interest in using it. Why?

When Hamas thrives on playing the victim, every blunder is a military own goal. This is not about criticism Israel. This is a question of whether it wants to maintain its moral legitimacy, and to ensure that poor decisions by the military do not undermine the value of whatever mission they are engaged in - by needlessly killing innocents. Why does Israel refuse to learn this lesson and why do we keep seeing the same mistakes being made? Do they actually care?
Posted by Pete North at 16:51