Israel, what does this achieve exactly? 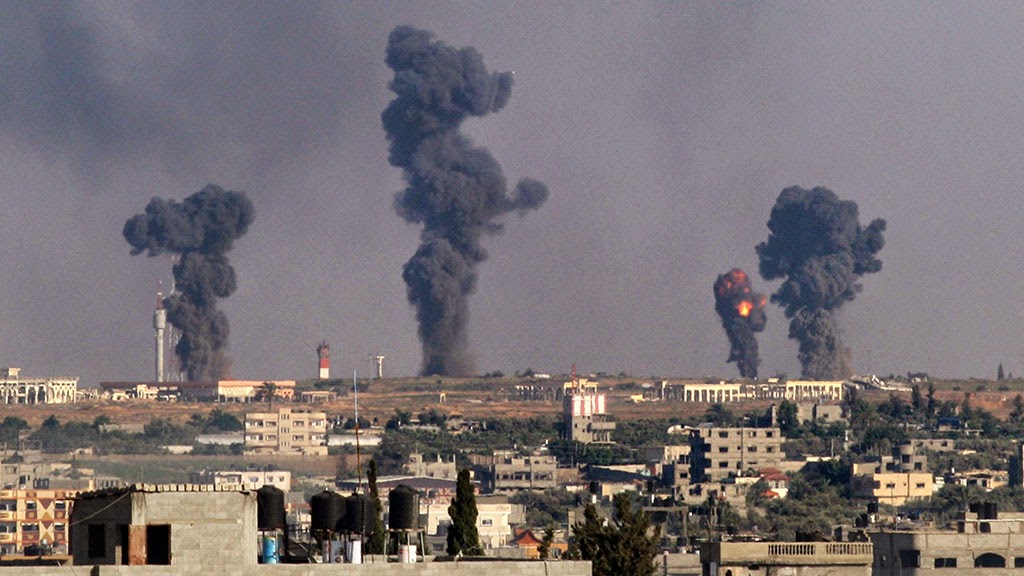 So fast forward today and Israel's latest military action. From this we see pictures such as the one above going viral around the internet, combined with news of children dying. Already public opinion is against them. Apart from filling the skies with black clouds and killing people, one really has to ask, what does any of this accomplish?

As far as the economic war goes, Hamas (assuming it is Hamas) have a very clever little game. They spend $50 on a rocket, while the IDF spends $95,000 on an Iron Dome missile to intercept it. What does it matter if the rocket hits the target if you can just drain the enemy's wallet? Further to the the IDF have been bombing houses where "Hamas leaders meet". Again, what is accomplished here? Nothing that stops us being here again and again and again.

Then we get the usual IDF equivocating saying "Imagine if Gaza terrorists were your neighbors and could shoot the deadly M-302 rocket at your home." Well, here in Britain we did routinely suffer from IRA attacks, and, while our own counter measures and tactics were often blunt and misguided, I don't ever recall a time when the British army let off artillery rounds or sent in Tornado GR4's to bomb residential areas.

So what if they "phoned residents beforehand to give warning"? (How did they get the phone numbers exactly?) The point being that it accomplishes nothing and wins no friends. You can just imagine Paddy O'Brian in Belfast saying to himself "Bloody RAF bombed me feckin' house, they did! But they sent a nice telegram before they did, so I'm alright with it!". Nope. Not really.

Whether you choose to support Israel or not, this is a pretty stupid, knee-jerk reaction that achieves nothing except to satisfy a populist lust for revenge. I'm sure the people of Warrington and Manchester wanted revenge, but we didn't launch air strikes. What makes Israel special? It is difficult for friends of Israel to make the case that Israel is a civilised democracy if this is how it conducts itself in the face of terrorism.

These tactics have been used before and they didn't work, so why repeat them at such great cost? There comes a point where this is just tit-for-tat murder, where Israel squanders any high ground it might have had. It is pointless, wasteful and stupid.
Posted by Pete North at 09:53