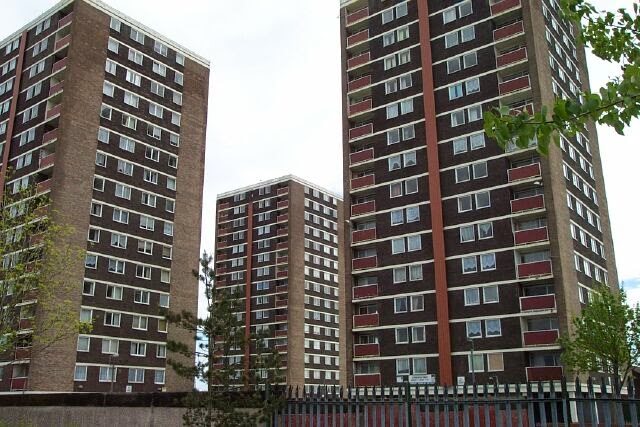 Whenever one sets about formulating ideas to counter a crisis, it is often useful to ask if there is actually a crisis, or whether it is a contrivance of NGOs and media, operating from within the London bubble. In this instance, as I attempt to weed out the untruths about housing, you could be forgiven for thinking that there might not actually be a housing crisis.

As I remarked earlier today living affordably in London is not a human right. London is what it is. It's a very special and exciting place with huge attractions, and people who want to live there do so by working hard and making sacrifices. If you want to live there, it's not going to be cheap and you accept that fact as precursor.

Some of us are not so imbued with blowing black grime into our handkerchiefs, having to spend a significant portion of the day underground, for the sake of access to London's crappy museums, boring galleries and lame theatres. We don't really have all that much sympathy for those who are either. We also do not feel particularly inclined to subsidise their lifestyle choices - and living in London certainly is a lifestyle choice.

Looking around the country, there are plenty of "affordable" houses. Affordable in the context of a young couple that works hard, plans, sacrifices and saves - and after three years, they will have a deposit - and will be able to find something on the bottom rung for three times their salaries. Even during the mortgage drought this was the case. Just not in London.

For those of us who have zero intention of ever performing an act of DIY, even so much as putting up a shelf, there is still a healthy letting market. Most people can find what they need for a price they can afford. Again, just not in London.

It has never been the case that having your own home was an easy stretch, not unless you were prepared to wait and be filed in one of the concrete filing cabinets of the 1960's, or one of those ghastly pebble-dashed huts designed to bribe the plebs with. What people actually mean when they say they want affordable housing is that they want housing without having to make any sacrifices, and preferably somebody else should pay for a large portion of it.

Of course, if local authorities then provide subsidised housing, there is going to be quite a large demand for it. We are told there is a crisis on the basis of long waiting lists for massively subsidised housing. By this measure, if I am selling Ford Mondeos for £100 and a million people register to get one, if I only have a handful of them, does this mean we have a car crisis? No. And nor do we have a housing crisis. Few on these council waiting lists are actually homeless as you or I would define homeless in the real sense of the word. What we have is a crisis caused by social housing.

Social housing housing will never keep up with demand. Subsidised, cheap housing will always create more demand. Therefore allocation has to be rationed. There is no fair way of allocating social housing, especially when housing is awarded on the basis of acute need. It's a perverse incentive if ever I heard one. People will delay taking actions that will improve their lives in order to maintain their position on the waiting list.

Then once people are in social housing the tendency is to stay within the social housing sector, meaning that their movement is restricted by what the council can supply. That then means we get long term self-imposed poverty and people end up stuck somewhere where there are no jobs, often hanging on to properties bigger than they need, while young families languish in smaller council accommodation - again unwilling to step into the private sector market. There is only really a housing crisis if you believe it is the job of the state to find you a house, and pay for most of it, if not all of it.

Then there's the housing benefit distortion. Rents are underpinned by a floor price, set by what the state will pay in housing benefit. As well as being a cash cow for welfare-farm landlords, we get to a situation where capable people deliberately stay below a certain income threshold to continue to qualify for state assistance. Meanwhile working people live in equally expensive, smaller homes with only marginally more disposable income for their efforts. That isn't fair, and it's immoral.

As a country, we need to move beyond the notion that it is the job of the state to provide us with a home. Because the state has assumed this role, Brits are now born with the expectation that it is somebody else's responsibility to put and keep a roof over their heads. That makes us all clients of the state from birth. That places a ceiling on our ability to exceed our own expectations and all that will breed is yet more poverty.

The real job of the state is to create the conditions for enterprise to thrive, facilitating better homes, but letting the market do its thing. Any time the state has attempted to be the monopoly provider in social matters, it has manifestly failed. I remember well the welfare slums of my hometown. These were unpleasant slums in the 80's as I remember them, but as they have gradually moved out of state ownership, they have manifestly improved.

What government can do is get out of the way. It can slash housing benefit to put some competition back into the market, it can hold firm on the so-called "bedroom tax", it can devolve more powers to local authorities to release land, and it can use tax incentives to stimulate more home building if needed. With the right reforms, a bit of innovation and a bit of honesty, we might discover that this so called housing crisis is not as acute as we might think, if indeed it exists at all. It wouldn't be the first time a crisis had been fabricated by opportunistic politicians.
Posted by Pete North at 18:31