Ukip: The Wooden Horse of Kent 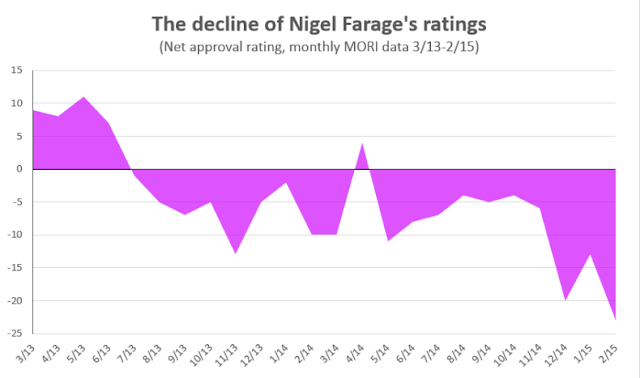 There's been a lot of talk about what will happen if Farage and his fellow onanists use the referendum as a vehicle to further Farage's career. For a start, being the oily little worm that he is won't help. Nor will banging on about immigration, and certainly not foreigners with Aids.

But there's no point telling that to kippers. From the lowliest of Ukip mongs to some of the fairly switched on Kipanderthals, it always comes down to the same collection of mantras. The one en vogue at the moment, which I have heard from every single one of the grunters is that "there wouldn't even be a referendum were it not for Farage".

Such piss-boiling stupidity shouldn't wind me up as much as it does by this point, but this point has to be addressed. Ukip very nearly cost the Tories this election win. So one could very easily look at the numbers and say nobody worked harder than Farage to stop a referendum. But for the sake of argument, let's concede the point.

By breaking from any strategy to turn Ukip into an immigration single issue party, ever since those scaremongering immigration posters, we saw was a massive surge in Ukip publicity, most of it negative, with Ukip scoring every own goal possible. We saw Ukip candidates making policy up on the spot because Suzanne "the dog ate it" Evans couldn't get her act together until the last minute. Then we saw Lightfingers Atkinson, a Farage appointee, with her hands in the till, and more stupidity than is natural to come out of any one party - with a big dollop of Muslim hate as a side order.

So having sacrificed sustainable growth, gradually professionalising, making solid arguments based on well researched, long established policy that would win over the media pundits, we saw Ukip blunder from pillar to post, treading on every cowpat as it went, discrediting good ideas by association.

So what we now have is a poisoned chalice of a referendum where euroscepticism is tainted by association, support for remaining in is at an all time high and the one eurosceptic party is the laughing stock of the country - and their representation in parliament halved.

For this I am supposed to sing "Hail the conquering hero". For this outstanding achievement, Kippers have decided that their man can do no wrong. Nevermind that Farage is deeply unpopular to anyone not in the kipper cult or that his brain-capsizingly stupid pub rants undermine more intelligent Brexit strategies. Nevermind that has "sudden death" Brexit assumptions scare business witless.

The truth is that business won't back Brexit unless they are certain to have single market access, and without that, opinion formers will feed the message through that the outers haven't come up with the intellectual goods. A rousing Farage pub speech ain't gonna cut it. Similarly, any free trade deal with the EU is going to require some freedom of movement so making bogus promises about what Brexit will achieve immigration wise merely undermines us further.

Time and again when I point this out I get the old mantras about how good Farage was on the telly against Nick Clegg, or that we hold a grudge against Farage. Firstly a dead hamster could run rings round Nick Clegg, and as to holding a grudge, this ancient history they dredge up from over a decade ago is irrelevant. This is purely about wanting to win and pointing out the obstacles to victory. So far as I can see, it's the ignorant grunting of kippers and the bull-in-a-china-shop style of Farage.

We have pointed out many times that in 1975, the BBC put on all the worst players from the No camp to ensure victory. That's what they will do this time which is why they will keep inviting Farage on to BBC Question Time. For sure, none of his lackeys will fare much better, but that's all the more reason why Ukip should make themselves scarce for the next couple of years. The eurosceptic rump is not going anywhere and will surge back to Ukip in the event of a referendum loss so Ukip has nothing to lose by staying quiet. If we win, then mission accomplished, if we lose, Ukip does well and the Tories get hammered. But kippers are going to have to decide what is more important... their clan or their country.

By inviting Ukip into the Brexit campaign we wheel a giant Trojan horse, seemingly a gift, into our midst - where in the night, a marauding band of kipper rednecks disembark and wreak havoc on our camp. This is suicide. The short of it is that if kippers really do want Brexit to happen, now is a very good time to shut the fuck up and let the adults get on with it.
Posted by Pete North at 20:43