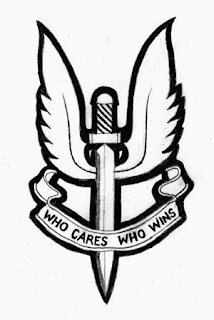 Not that it's important, but Lunchtime O'Flynn has been kicked out of the Farage inner circle (big surprise), but then so has Suzanne "the dog ate it" Evans.

We will find out in due course the real reasons, but the appointment of Mark Reckless, the loser and parliamentary failure, is classic Farage.

This blog has always maintained that Farage feels threatened by competent people. That's why there are no big beasts in Ukip who can replace him and that's why he's surrounded himself with failures.

Now that Reckless is out of a job, he has to take whatever comes his way, and Farage is the man to hand out the goodies. So we're effectively seeing lacklustre bozos replaced with equal or worse. Reckless won't challenge Farage and will do exactly as he is told.

So far as I'm concerned, it's not actually news. The only real concern is that Farage will now be the go to guy for the BBC on all things EU, so instead of making an enlightened case for independence we'll get kipper grunting about foreigners with aids while he's fighting off a hangover.

Where Crasswell stands in any of this is anyone's guess, but if he has any stones at all, he'll make moves to oust Farage if he wants a shot at winning a referendum. Kippers are doing their best to spin a united front but we will see more internal bickering before September. There are a few bright sparks among the knuckle-draggers and they can see it clear as day that Farage is a liability. Now is the time for them to speak up.
Posted by Pete North at 11:50