A good day for the good guys 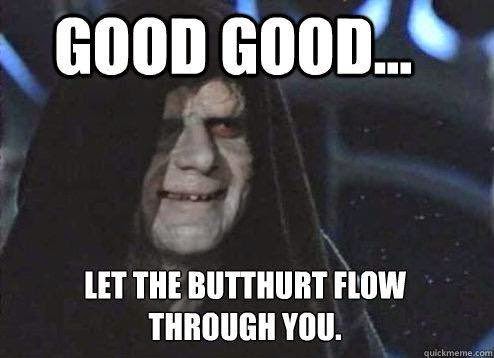 Twitter is butthurt galore. Twas the voting system donchaknow? But really you have your answer. The voters looked at Miliband and said "it can't be that". For Labour to heal, they needed a leader as anodyne as possible after Blair and Brown. That was what Labour needed. But that was never going to win elections. Labour decided the moment they elected Ed Miliband that they were going to sit this term out as the opposition.

Even though Miliband looks like a badly stuffed donkey I do think he has a great deal of integrity and and self awareness. I may even have grown to like him, but not his ideas and his politics. The noble benevolence toward "the poor" is patronising, demeaning and harmful. It is a destroyer of ambition and initiative and it paints people as helpless victims rather than authors of their own destinies. Welfare infantilises people and degrades them to the status of serfs.

The Blair era was characterised by welfare dependency and a something for nothing culture. The "shameless" generation. We paid the poor to stay poor and paid for a vast army of professional nosey parkers to tend to them - public servants who would never vote for a government living within its means - unionised administrators who were stripping the cupboards bare, gold plating their entitlements and feathering their own nests. Labour's ideology created a welfare underclass and a parasitic middle class. The result being a nation stripped of its vitality and entrepreneurial instinct while the political class pointed the finger at the rich.

Labour did not cause the global banking crisis, but our local authorities were in no fit state to withstand cuts having overextended themselves and their remit into just about every aspect of public life - creating vast welfare empires which looked good on paper, but in reality did nothing to stop predatory child sexual exploitation and massive abuse - nor did it do anything for our hospitals which became bureaucratic engines of death.

The Labour message was that "the poor" would not survive if nudged out of their poverty and forced to take control over their lives. The old jealous mantras of conservatism serving the rich few at the expense of the many, punishing the poor for the mistakes of the rich is one of the oldest tricks in the book. The public know this is dishonest. The lie that we're headed to a new Victorian age of poverty and destitution does not manifest itself on the streets. Things are good and some would say never better.

The gulf between the picture the left painted and our everyday lives widened over the last five years. Confidence is returning in the labour market, the engines of wealth are creeping our of their hibernation and there's a new optimism in the air that the lost decade of stagnation is almost over. The voters were offered a real choice between the pessimism and the regressive state patronage of the left, and the optimism and energy of the right. They voted on instinct. Even the poorest of us don't want an easy life on someone else's dime, nor do they want to be written off as helpless and in need of their betters benevolence.

There is a new spirit of self-reliance, and self-knowledge. Many have been through hard times these last few years and surprised themselves with what they have accomplished. They would never have known what they were made off had we continued to subsidise poverty without calling the system to account. All the left could do was promote scare stories but eventually they jumped the shark. The masses aren't poor or helpless and don't wish to be styled as such. That is why they voted Conservative.

The Tory message throughout was one of optimism and confidence. Even Ukip's anger and negativity couldn't keep up with that. Things are good and it's going to get better for most. Everybody knows it - and that's why Ed Miliband is not Prime Minister today. The vote was an expression of the public mood. For sure, the Conservatives will do little to drive growth, but then governments don't do that. People do. The public will drive the growth if government will let them. One thing that won't drive growth is paying people to remain poor. We tried that, it didn't work and there can be no going back.
Posted by Pete North at 03:08