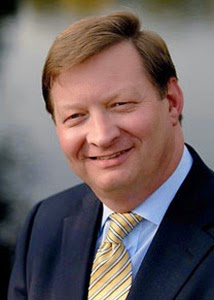 Monday evening, week last, Peter Troy, campaigner and fellow bailiff baiter, suffered a massive heart attack and has been unconscious ever since. While he is currently in intensive care in the Freeman Hospital in Newcastle, Richard North was told this morning that he is not expected to recover.

This is extremely sad news. Troy is a Complete Bastard's complete bastard. A hard man to like, but a very useful and necessary man whose loyalty to our family and all our endeavours over the last twenty years is unsurpassed. His persistence and patience has been remarkable.

I'm keeping my fingers crossed that he'll make it but he will be a big loss to euroscepticism, and though he has not been involved in Ukip for a very long time, he was instrumental in making it what it was in the North East. He is well known to the Campaign for Independent Britain and all of the concentric eurosceptic groups.

He has been a great enabler and a man who has a talent for getting things done. For a man with such lamentable social skills he had an extraordinary way orchestrating events and has pulled off some minor miracles. Although we had heated arguments over the production quality of our two documentaries, they still stand as valuable contributions and I am quite sure the work he did was a major contribution to Flexcit - and that will be the bible as far as the referendum campaign goes. We owe him.

I am sad he didn't get to see today's events because I'm certain he would have been as delighted as I am, and he is one of the many who helped to bring forth the prospect of an EU referendum.

I'm quite certain he didn't have very much time for me, and I found him quite risible at times. No man but Peter Troy could think a Triumph TR7 was cool. Especially not the one he owned. But The Harrogate Agenda wouldn't have come off as well as it did without him. He was the one who brought the people to the events from inception, and some of our best friends and allies came to us through Peter. I'm sure he wouldn't miss me, but I will miss him, and his passing will be noticed.

This is not the news I wanted to end the day on. Otherwise it's been a great day. If you Google his name, you will see he has a long and distinguished career of complete bastardy and he really sets the example of how to be a complete bastard. A Very British Complete Bastard.
Posted by Pete North at 13:13