If I were left wing I would be pro-Brexit 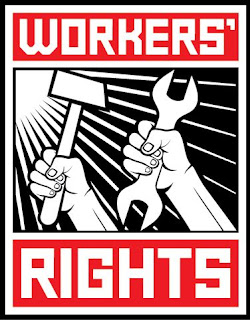 Lefties go for all that green crap and don't like exploiting Africa. But that's exactly what the EU does. From its seabed hoover trawlers killing off fishing grounds off West Africa, causing mass migration, to the forced removal of border tariffs for Kenya, cutting off its state revenue, the EU is damaging the environment and pillaging Africa.

But more than this, with the EU piling on more employment law burdens and demanding equal access to benefits to all, it will ultimately lead to more zero hours contracts and more benefit cuts to the point where benefits are scarcely worth having. Finite resources have to be rationed. While the effect of common labour laws and welfare equality means flexibility and convenience for the educated Easyjet-set who don't think twice about taking a contract in Amsterdam or Hamburg, the effect is sustained and permanent poverty for the poorest. If you believe as the left does, that trickle down economics theory is wrong, that is.

The net effect of making it difficult and expensive to fire people (Agency Workers Directive) is that it's harder to hire, and so business won't bother. They'll just hire contractors. That means people working without paid holiday or sickness - without adequate benefits if they get sick or can't find work. The EU is undermining everything the left fought for that was worth having. The unintended consequences of EU labour market intervention is the "rampant neoliberalism" they so dread.

Then because more people are on rolling contracts or zero hours arrangements, fewer people then have access to mortgages, preventing them from getting a foot on the housing ladder.

More to the point, a welfare system that is no longer possible to live on means more people taking bottom rung rates of pay, having to give up their homes to share houses in order to compete with immigrants - or have some disposable income. A step backwards for our own working class.

By any measure of what the Left claims to want, the EU is undermining it. It means fewer rights, lower pay, more exploitation at home and abroad and more privileges for the already privileged.

In effect, the left have been hoodwinked into believe the EU stands for wholesome things like workers rights and human rights when in reality they're being conned. It looks good on paper but the reality is very different. These are not rights fought for and won by the left, they are rights granted by an unelected elite to buy their co-operation. And because these rights are gifted with such ease, they can be snatched away with equal ease.

That said, I'm a capitalist and I welcome the rationalisation of the welfare state and I want to see a more dynamic workforce and I do believe in trickle-down economics. My working class mechanic is now richer than I am because he knows a bunch of poser IT consultants like me who buy shit Audis that break down all the time. By that measure, I should be pro EU, but what the EU is doing is more by accident than intent. Eventually to deal with the unintended consequences of its interventions it will have to impose even more draconian employment regulations, which will kill the labour market stone dead and hammer EU investment - then nobody has a job, zero hours or otherwise.

There is a balance to be struck between the needs of the worker and the needs of the employer. The EU is tiling that balance away from the worker but deceiving workers into believing they're getting a better deal. What could be better if you're a corporate? Unfettered market access and the right to influence EU regulations in your favour while the people who's rights you're undermining demand more of the same "protection".

If we had real unions and not these corporate scale parasites run by slobs on executive salaries, they'd have woken up to this by now. But they're complicit in the biggest con job ever pulled on the British worker. The left are turkeys voting for Christmas.
Posted by Pete North at 23:29