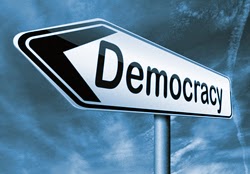 By now you all know my opinion on Ukip.  It is a dustbin for protest votes, lead by a megalomaniac idiot, followed by reactionaries, zealots, twits, cranks, racists, losers and blind optimists.  It will amount to very little, and it will never take power, or influence the debate in any positive way. It will enjoy its moment in the sun and then it will slide back into political obscurity. Mark those words. But now the plot thickens.

Today we have seen election pledges from the Labour Party which bubble-dweller Fraser Nelson rightly describes as Labour positioning itself as the "Ukip of the Left". I don't disagree.  Populist policies without any informing principles that crumble under scrutiny, designed to appeal to the lowest common denominator.  It won't wash. It's almost as though Labour were trying to lose the election in a way only Kinnock could, but one should never put down to conspiracy that which is better explained by stupidity.

That puts us in dangerous territory.  With the collapse of the Lib Dems (the only certainty at play), there is now a good chance that the Tories will win the general election by a small but sufficient margin.  All the smart money is on a poor showing for Ukip at the general election.  That is the nature of protest dustbins.

Should the Tories win, eurosceptics had better hope that Cameron is just as much a duplicitous liar as ever he was, because a referendum in 2017, with an exit campaign lead by Farage & Co will guarantee that we lose that referendum.  Polls already suggest opinion is moving that way.  That would be a disaster.  Without an exit plan that reassures the markets, fear, uncertainty and doubt will win the day.

The best hope for eurosceptics is a Labour win (with no referendum), ensuring the Tories eject Cameron and learn that until they put on the manifesto an exit from the EU, with a credible exit pan, they will never be able to win a clear majority.  The New Labour-lite approach was not a vote winner for the Tories and now Cameron is back-pedalling on that, nobody believes his new found euroscepticism. The lesson should then be clear.

To this end Ukip could make itself useful by really sticking it to the Tories ensuring they lose, but Farage is so enamoured with himself he actually thinks Ukip has a chance of winning power with cheap populism, and sucking up the old Labour and BNP vote - thus cashing in their only bargaining chip. So we have to take a close look at Ukip.  Is it any longer a party that exists to take us out of the EU?  Or is it something else? If there is a strategy at play it is a sophisticated and carefully concealed one.  But I think such is beyond the ability of Farage et al.

While eurosceptic friends and associates celebrate the rise of Ukip, the more sober, rational minds among us do not see the end in sight.  There are too may big "ifs".  If the Tories do lose then elect Boris Johnson as leader (or someone equally cretinous), then leaving the EU is as remote as ever it was.  But by then Ukip will already have imploded and eurosceptics will have to rebuild from scratch and hope they don't make the same mistake again. Anyone who was hoping for the revolution of a lifetime in before 2020 should not hold their breath - and prepared to be disappointed.

There are scandals waiting in the wind for Ukip that even Teflon Farage cannot survive, assuming Ukip does not implode by way of broadcasting its own stupidity and lack of substance.  Then we will see that new parties playing the same game by the same old rules doesn't work.  The establishment is not going to let us vote for freedom.  We will have to take it.  By one means or another.  There is a long road ahead of us - and Ukip isn't helping.
Posted by Pete North at 12:33