I am a criminal 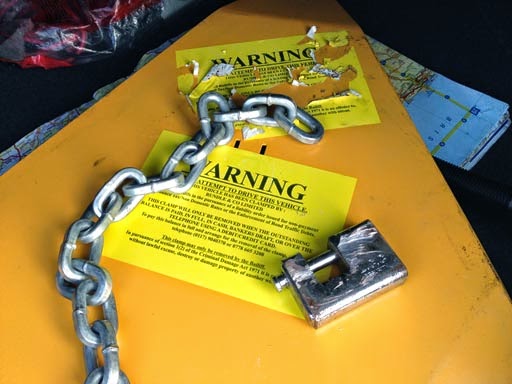 Yesterday I was convicted of criminal damage.  The short version being that I refused to pay my council tax for a number of perfectly valid reasons, but also with a view to catching bailiffs in the act of unlawfully inflating fees. As predicted, that is what happened. But in late 2012, when I paid my council tax, the bailiffs clamped my car, demanding that I pay their unlawful fees. I cut it off with an angle-grinder. I made a complaint to the police and they then charged me for criminal damage - and refused to examine the evidence of fee-fraud. I complained to the council and they also upheld the unlawful fees, without investigating.

I represented myself at the magistrates courts and kept the proceedings running for a full day. I failed.  Yesterday it finally went to appeal and I failed yet again.  But we did establish that the bailiff firm, Rundle & Co did inflate their fees unlawfully. This is what happened.
Posted by Pete North at 04:11