Gove: Clearing out the rot? 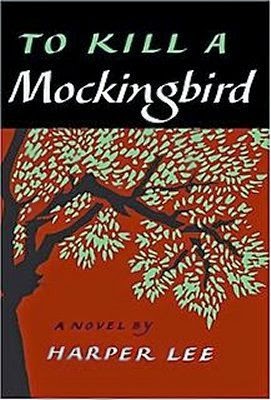 Michael Gove is once again not flavour of the month in education circles having ejected such works from the GCSE curriculum as To Kill A Mockingbird, Of Mice and Men, The Great Gatsby, The Crucible, Catcher in the Rye, Death of a Salesman, The Bell Jar and Huckleberry Finn.

I have occasionally attempted to read such works but ultimately my brain capsizes from boredom. It's not good stuff in the main, but year on year, yet another generation is forced to go through the ritual forensic autopsy of tedious, leaden prose - and be expected to regurgitate predetermined conclusions on demand. It is difficult to see the value.

It cannot said that it encourages critical thinking. Just look at the product of our education system - particularly those who work in the academic establishment. We need a big change, but it is politically incorrect and a major social faux pas to say this literature is eye-wateringly dull.

Classic literature proponents remind me of those middle-aged obsessive prog-rock bores who think kids should put down their techno records, and instead listen to the greatest hits of Pink Floyd; they who think their particular tastes make them the rightful arbiters of what constitutes good music. It's snobbery pure and simple. I doubt we could get kids to listen to music any more than we can get them to read if such people were ramming Yes albums down their throats.

Call me a philistine but the works of Brontë are little more than trashy romance fiction, only extended gravitas by way of being old. I also see no value at all in forcing kids to pick apart the self-indulgent, miserablist navel-gazing of Sylvia Plath. She'd have done the world a great service by gassing herself a lot sooner. There is a whole world of positive literature out there - and it's about time the curriculum was shaken up a little.

By clearing all this boring toss off the curriculum it essentially shit-cans all the liberal academics whose world-view and life experience extends little further than this narrow collection of texts. And that is no bad thing.  Though it's too bad that Gove isn't going the whole hog.  He is instead replacing such texts with similar ones more in keeping with his own stunted horizons, so it's not much of an improvement.

However, while this is a small step in the right direction, I can't really celebrate in that this is still a political intervention at a national level. Lefties can hardly complain at Gove making political interventions when that is all the Left have ever done. Political intervention is a natural consequence of education policy dictated by Whitehall.  If we want to end that cycle we must move past the specious notion that we need a national curriculum at all.
Posted by Pete North at 07:03