An illiberal and racist ban 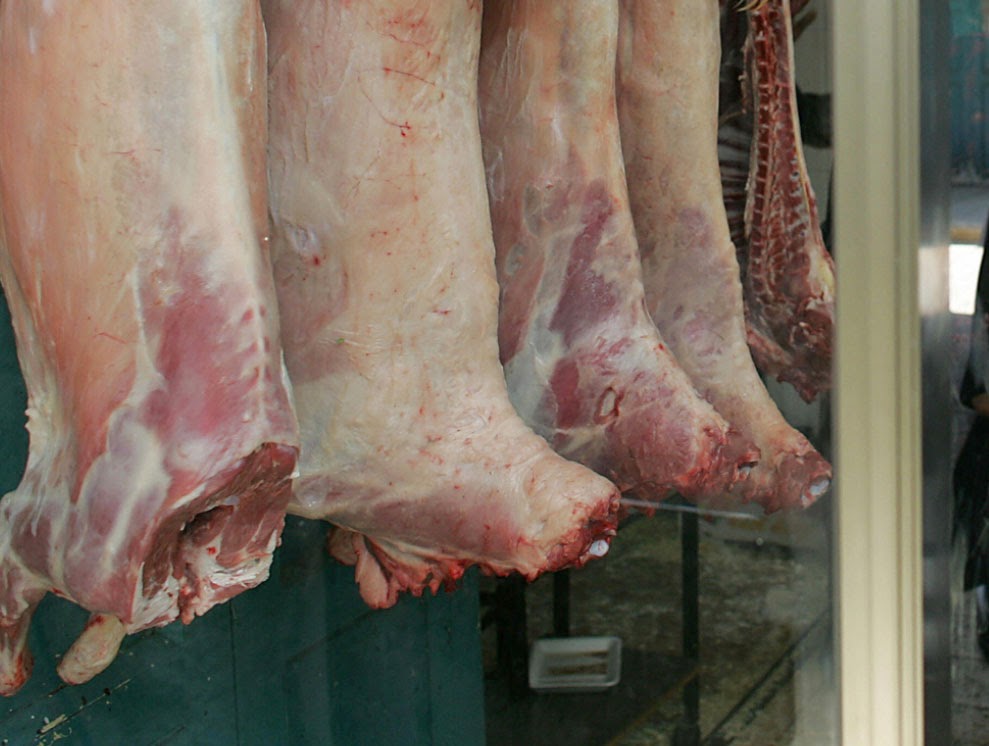 There are rules governing kosher and halal slaughter - and it's not any less humane insofar as subjecting an animal to a cramped industrial death queue goes. It is tightly regulated and it is EU wide regulation - and it was formulated by a number of animal welfare NGO's at an international level. So it wouldn't surprise me if this law didn't get challenged in court. As it happens I'm a bit sniffy about the practice but in the UK, apart from council/government catering, the consumer is largely free to choose. I don't have a problem with it so long as the consumer is allowed to make an informed choice. But to ban it outright is essentially saying Denmark values its cattle more than its Jews and Muslims. "Minister for agriculture and food Dan Jørgensen told Denmark’s TV2 that “animal rights come before religion”. Sound like intolerance to me. Either we respect religious freedom or we don't. People come before cattle.

Here we have typical Western snobbery; that our method of slaughter is superior and humane. The fact of the matter is that slaughter of any kind is quite a mechanical and undignified process for the animal as they are funneled through a large slaughterhouse. Slaughter-men wrestle them into an enclosed trap, then put calipers on their heads to stun them in full view of all the cattle behind. It's a pretty ugly business - and I think if I did it for a job I would soon turn vegetarian.

Meanwhile, the kosher method, has strict rules (and so do all religious slaughter codes in Europe) which are enforced to a higher standard in Western Europe. So by banning it, they will now be importing from where there is little enforcement or supervision (assuming it isn't horsemeat). So much for animal welfare.

There isn't any nice way to kill a beast that does not want to die. We only stun to assuage our guilt. If you feel so strongly about it, either stop eating meat or only eat the animal that you kill yourself. Otherwise, pontificating over how other people do it is just rank hypocrisy.

Pious animal rights zealots who don't eat meat anyway presume to tell us how to live - and as with all illiberal diktats, they usually only have the political clout to pass it into law by joining forces with their equals and opposites. Just look how the Left in the UK joins forces with Islamists. Not a fag papers difference between them. The same applies with the reactionary and perpetually outraged islamophobic right joining forces with the equally reactionary, and perpetually outraged animal rights lobby - They who would ban meat consumption if they could and have us all eating Quinoa burgers.Given the Denmark is especially hostile to its Muslims (and probably Jews), I have a hard time believing the root of this ban is anything other than snobbery and prejudice at work. More to the point, I'll bet at least half of the right-wingers who get on their high-horse about this don't think twice about tucking into a halal kebab on their way back from the pub after nine pints.

As Christina Odone remarked "I don't want to live in a Britain that prizes its cows more than its Jews."  Or Muslims for that matter.

Corrective: We were emailed...  "Complete Bastard has got his facts wrong,  until 18 months ago I used to send 400 bacon pigs a week to a large slaughter house in Manchester  (Tulip foods) the pigs are gassed before they are bled, all large slaughter houses have used this practice for years. Cattle are not wrestled into a trap and killed with electric clippers they walk through a race and are shot with a captive bolt pistol."

This is news to me.  The images and videos I have seen involved large calipers, but that must be out of date. Certainly sounds more humane than it was even twenty years ago. Our correspondent remarks "I have seen sheep slaughtered by the halal method, I would not like my throat to be cut and be left to bleed to death on the floor".  Which is fair enough.  But don't think I'd want to be gassed either. The fact remains that we are at the top of the food chain. We kill to eat.  If someone has a case to make that there are improvements to be made to our already robust laws governing religious slaughter then I will listen, but I am not open to the idea that animal welfare trumps religious freedom.
Posted by Pete North at 16:29