A covert war against the people 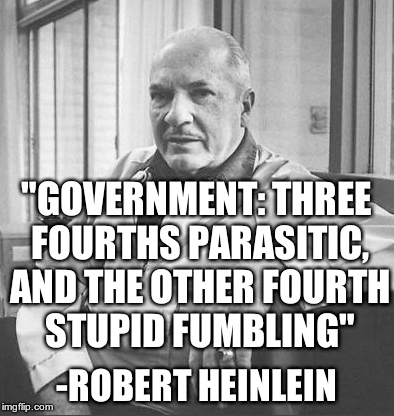 Some readers will be aware of my ongoing campaign against South Gloucestershire Council and their crooked bailiffs. We are seeing councils using council tax defaults as a revenue stream by massively, and unlawfully inflating summons costs to an average of £85 per summons.  According to The Guardian, a total of 500,000 summons's were sent in 2013.  That's a staggering total of £42.5m between councils. The law doesn't allow for profits, only "reasonable costs" incurred for the administration involved. This is fraud on a massive scale.

We are told that councils only resort to a court summons as a last resort. This is a lie.  We are only on May and I have received mine already.  Having missed one month's payment, as per the law, I now forfeit my right to pay by installments, and the whole sum is now due including an £85 administrative surcharge essentially for sending me a letter.  The assumption being that everyone is paid monthly (and on time) the same as your average government "worker".  There is no flexibility in the system and councils show no restraint in their insatiable lust for every spare penny we have.

I have made a stand over this and I am still engaged in court proceedings over the bill from 2012 and the trap is set for 2013's bill too.  This year I do not intend to let it get as far as the bailiffs as I think I deserve a year off - but that is the system working as it should - ensuring that anyone who stands up for themselves eventually loses - or gives up.

As an experiment it has revealed a black hole in British justice.  The councils break the law, the bailiffs break the law, the police turn a blind eye, and the complaints process is weak, without teeth, and lacking any kind of accountability. Once the council makes their move, you are in Wild West territory with no protections at all. Law exists but there is a blanket refusal to enforce it.

The dynamic at play is that council are essentially putting up taxes without being seen to be putting up taxes.  There is a referendum lock in place to ensure that if councils want to put up taxes by more than 1.9% they must seek the consent of the people.  The reason we don't have those referendums is because councils know full well they haven't a hope in hell of winning them.

Consequently, a great many councils now raise a third of their revenues from fines, fees, charges and levies, screwing shopkeepers and motorists - regardless of the damage they do to the local economy, heedless of the warnings.  Thus our councils are not public servants but voracious revenue raising machines for the black-hole of government into which you pour half of your income, and receive second rate services if you can get them at all.

Refusing as I do to allow these parasites access to my bank via Direct Debit, it has now become an annual ritual to pay my council tax as a lump sum at the very last minute before the police are involved.  I could make life easy on myself by making it yet another invisible bill but paying it as a lump sum is a much larger financial and psychological transaction.  Whichever way you look at it, even if you're making a decent wage, £1200 is a lot of money. Thus this ritual recharges my loathing of government as I am reminded that I pay an awful lot for very little, while unelected town hall fat-cats get rich.

The money I would be spending in the local economy this summer is now going into the pension fund of an anonymous town clerk who has more influence in local affairs than the individual I notionally elected.

The message is received loud and clear: Running a business, which is in itself a major contribution is entirely secondary to the greed of the state. They will have their pound of flesh even if it means destroying businesses, vacating the high-streets and taking whatever money people would spend there - until there is nothing left to tax.

Meanwhile, the national policy is to punish hard work. Lately I have noticed that if I work an extra ten hours a week, I am only 10% better off in take-home pay.  The UK is not a country that values self-reliant, hardworking people, nor does it value businesses that create jobs.  It assumes that your wealth is theirs for the plunder, whenever they feel like it - and piss it away as though it came from an eternal magic money tree.  So much so that there are now motions afoot to take it directly from your bank account without your consent.  This is a state looking to crush free enterprise, to make us all serfs - and to ration wealth so that we never rise above our designated station - and never get to live life as we may choose.

Put simply, this is a government at war with its people.  It is a covert economic war waged by the unelected - and if you dare to criticise, complain or stand up for yourself, the full weight of the machine will come crashing down on you. Anyone with any sense would leave the country forever, and never give it a second thought. With so many unwilling to fight or stand their ground, forever capitulating to these thieves, our fate is already sealed - and giving a toss just seems like masochism.

While the phoney economy is recovering, and those who got rich from the last bubble get richer, the frozen-out and left-behind continue to stagnate, and the day-to-day realities suggest we are sliding toward a broken labour market of Greek proportions. Eventually, much to the shock of the bubble dwellers, it will come crashing down. My only hope is that I live long enough to see the day when politicians and public sector parasites are hanging from every lamp post, and our town halls are reduced to rubble. That day will be a day worth living for.
Posted by Pete North at 02:59