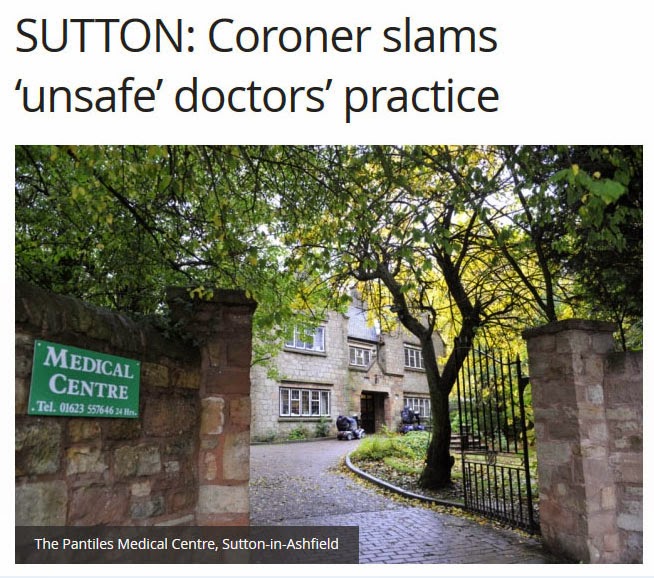 'Twas only yesterday I remarked that "The thing about protest parties, in full view of the media, is that they provide a platform for non-entities and excommunicated local politicians with galactic egos.  They need Ukip, and if they represent an ethnic minority, Ukip needs them.  But this is a Faustian pact.  The problem with craven narcissists seeking a platform is they tend to be a liability."

Enter Raj Chandran, failed Nottinghamshire PCC candidate, former mayor of Gedling (and Freemason) and former Commissioner for Racial Equality. He has joined UKIP and has said his party is not racist.  So that answers that then. Ukip is not a racist party after all.

As an appointment it's not as tokenistic as it would appear.  Ukip would shut down the Commission for Racial Equality overnight for sure, which is probably no bad thing, but it seems Chandran would too. The Guardian stops short of calling him an Uncle Tom, but the New Statesman does not. While Liam fox was accused of  "paying the race card" by Labour for suggesting doctors should be forced to speak English, just as the GMC proposed scrapping compulsory English tests, former GP Raj Chandran said: "This will be terrible. Doctors do not sell cars, they deal with lives. Instead of scrapping all tests, the GMC should give a compulsory crash course in English for all doctors, so that there are fewer mistakes in surgeries." Who could disagree?

However, by googling his name we find two incidences of grubby shenanigans. In October 2013, Nottinghamshire coroner Mairin Casey suspended an inquest into the death of Samantha Carmichael following concerns raised about the Pantiles Medical Centre, on Church Street, Sutton – run by Dr Qudsia Chandran and her husband Dr Raj Chandran – to allow for consultation with senior health officials. Ms Casey ruled that the poor care she received at the Pantiles Medical Centre did not contribute towards Mrs Carmichael’s death, and that she had not returned to the health centre following the first appointment.  But poor care is poor care.

That in itself does not raise an eyebrow but then having retired as a GP, we find his care home was investigated for poor care and financial irregularities regarding the expenses of residents. In May 2012, Manor House Care Home's contract was suspended by Nottinghamshire County Council because of concerns over care of residents. Those in glass houses should perhaps not throw stones.

Turning to the man's politics, in his PCC manifesto, Chadran wants to increase the amount of police in the Nottinghamshire by five hundred special police constables and four hundred community protection officers, as well as ‘upgrading’ community support officers. By upgrading, he means giving powers of arrest to PCSO's, which is absolutely terrifying (assuming that is within the gift of a PCC).  Where he thinks those 500 volunteers are going to come from I don't know, but it all seems rather at odds with Ukip since Norfolk's Ukip PCC candidate branded PCSOs as "plastic policemen". I'm sure he is not out of step with the rest of Ukip, or most taxpayers for that matter.

Small beer you might say, but Chandran is clearly a man with political ambitions who, while having enjoyed some success, his polling as a PCC candidate suggests that he needs Ukip as much as Ukip needs him.  Having selected a quangocrat from the CRE, it is surely an asset to the Cult of Farage, but Ukip should be careful. Ukip tends to be the end-of-line dustbin and last-chance-saloon for politicians whose credibility is spent (see Hamilton, Neil).

While it may be that Chandran's views are simply not politically correct enough for the mainstream parties, and the contract suspension by Nottinghamshire County Council may well be politically motivated (having been a mayor in the region), there ain't quite nothing quite so murky as UK local politics, and if there is muck to be raked, the Guardian will most certainly rake it.  While the public don't seem to mind Farage having his hands in the till, the public take a very dim view of poorly run care homes. Ukippers should hope that Farage has taken greater care in vetting him than recent appointments.  There is room for colourful characters, but not crooks.

That said, if Ukip thinks this appointment gets them off the hook whenever the r-word rears its ugly head, it is not out of the woods just yet.  If the the latest bill posters set the tone and nature of Ukip campaigning for the future they won't have seen their last embarrassment, and if they think a fig-leaf appointment like this will help them shake it, they are mistaken. Without addressing the more fundamental flaws in Ukip's make up, it will be bumping its head on that glass ceiling soon enough.
Posted by Pete North at 09:21