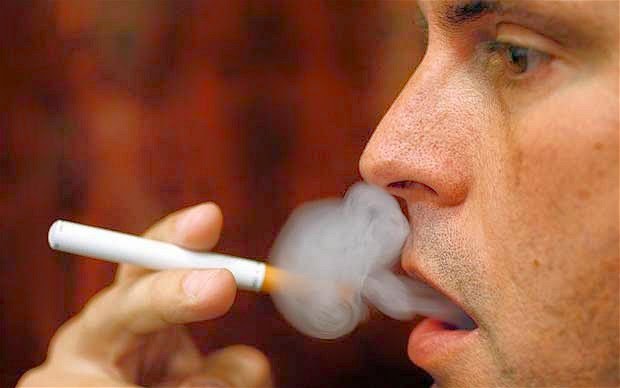 Recently a woman was fighting for her life following an incident where an e-cigarette ignited her oxygen supply in hospital. It brought to light the issue of e-cig regulation.

Many have argued that e-cigs should not be regulated at medicines, but surely nobody sensible can now argue that they should be entirely unregulated?

I was until recently a regular user of e-cigs and took a great deal of pleasure in flying in the face of draconian anti-smoking laws, but the incident above is certainly not the first of its kind and I have had some rather surprising incidents with faulty e-cigs myself.

Because they are a singularly unique innovation, very little regulation exists that covers them.  Consequently, they are made from the cheapest materials possible, to questionable safety standards, and they have not been in widespread use long enough for us to have any quality long-term public health surveillance data on them. They have been marketed as a risk-free alternative to smoking when no such claim can be proven.

We would not accept "big pharma" pushing unregulated and untested drugs on the market, making similar claims so it follows that e-cigs should be treated with similar suspicion.  For all we know these things could be just as poisonous as real cigarettes. Evidence is emerging that this may well be the case. We don't know.

Because the restrictions cigarettes do not apply to e-cigs, the tendency is to overdose and overuse them, often causing nicotine poisoning, along with other unpleasant side effects.  My own experience with them makes me sympathetic to that view.  This alteration in consumption habits of nicotine has not been studied.  Anecdotal evidence suggests that e-cigs may be also linked with insomnia and nausea. Again that is a view I have some sympathy with, and it is part of the reason I went back to smoking.

When faced with a possibly poisonous product, made in Chinese factories to questionable hygiene and dosage standards which may cause poisoning - and manufactured to equally questionable electrical safety standard standards (which may result in house fires), there is a strong case for regulation and restrictions similar to those placed on cigarettes.

The notion that they are a gateway drug is absurd as it sounds, but certainly the idea that they renormalise smoking is not quite as daft as it sounds. There have been positive public health impacts since the smoking ban - and many smokers I know would actually prefer to keep it.  I know I would, and e-cigs undermine that if people are free to puff all day on them at work. Some have said that if the same restrictions apply then they will go back to smoking - in which case I question their sincerity in quitting.  That suggests people are smoking them not to quit, but as a means to get round the smoking ban.

That's where we get into "it's none of your business" territory. But then it is some of my business. I am routinely shouted down for my opposition to the NHS. By weight of popular opinion, about half of my income is taken at source in taxes without my consent.  Therefore, I have a right to influence how that is spent.  If we want an efficient "free" health service (funded directly by theft), then by rights you surrender some choices of your own by way of depriving me of mine.

The gradual choking off of cigarettes, on the whole, is a good thing.  We can whine about the nanny state imposing on our free will, but lets face the facts here; nicotine is a crap drug that does nothing for you other than relieves the tension the addiction to it causes.  The numbers of people it kills are probably overstated, but those who start smoking are locked into an expensive and ugly habit that makes for an unhealthy, often ill, unfit life - and I think most smokers, if honest, would regret their decision to try that first cigarette.  Of the many drugs I have taken, nicotine is the only one I regret.

That said, the decades long campaign against smoking has been pretty successful, particularly by educating children, and if it is a blight we can finally rid ourselves of then we should.  Of course libertarians would have it that it is entirely down to the choice of the individual, but this is a highly addictive and toxic product, and in reality, not all of us are strong enough to overcome a long-standing chemical addiction. It is a matter of public health, as is all addiction.

As a smoker I do find the nagging, hectoring and ghoulish anti-smoking adverts and packaging completely offensive, annoying, and far beyond the pale. If anything it is that which undermines the authority of public health campaigning more than any tobacco firm does. That is a debate we need to have. I think the anti-smoking zealotry is doing more harm than good.

On the other hand, it is possible that e-cigs may be just a fad.  They have started disappearing from the shelves as fast as they arrived. Probably because the public have worked out they are not of any great financial saving - and market competition isn't bringing prices down since the prices are pegged to cigarettes.  At £5.99 a pop and lasting less than a day. The claims that they are cheaper than smoking are flat wrong. Furthermore, because they do not break the chemical addiction and physical habits, the claims that they are anything more than quitting aid is also probably over-stated and people will eventually drift back to cigarettes.  So it may be the case that these things are long gone by the time any research is done or regulation is properly implemented.  But there should be some regulation of sorts.

The fact remains that regulation remains an essential part of modern life, not least because it takes needless risks out of everyday life.  Nobody is arguing that risk should be eliminated.  If you want to throw yourself off a bridge attached to a bungee rope, go right ahead, and go out with a bang.  But who wants to die a meaningless, slow, painful, miserable, preventable death and put their friends and family through the misery of watching it?

Safety regulation means that we have a better chance of coming home from work alive than ever before.  Industrial accidents in UK factories are now as surprising are they are unthinkable.  There is a good reason for that: regulation. Fire and electrical regulation (and its proper enforcement) have seen a collapse in house fires of around 50% in just a decade.  This kind of regulation is precisely why we are living longer, happier, more productive lives.  Ordinary, every day things have become safer and that didn't happen by accident.

Nobody is making the case for banning e-cigs and nobody is taking away anyone's personal choice.  It is only suggested that the same advertising and safety standards apply to e-cigs (and their consumption) as everything else - and that they are made to standards that won't kill people in their sleep as they ignite the carpet while on charge, and won't immolate grannies as they suck on their oxygen in hospital.  It is also right that those who choose to use them are able to make an informed choice - as we can with food and most other things we now consume, largely thanks to regulation.

The issue here is whether the regulation will be proportionate, flexible and rational.  You can bet it won't be.  That is because, like most regulation these days, it is formed at an international level, heavily influenced by NGOs and international health bodies, then passed down to our government via the EU after gold-plating.  Democracy doesn't even come into it.  So yet again, whatever regulation we are given, we are stuck with it, without ever having a voice in it.  And that's much more serious than nannying, anti-smoking zealotry.
Posted by Pete North at 09:16