Trees that don't bend with the wind, won't last the storm 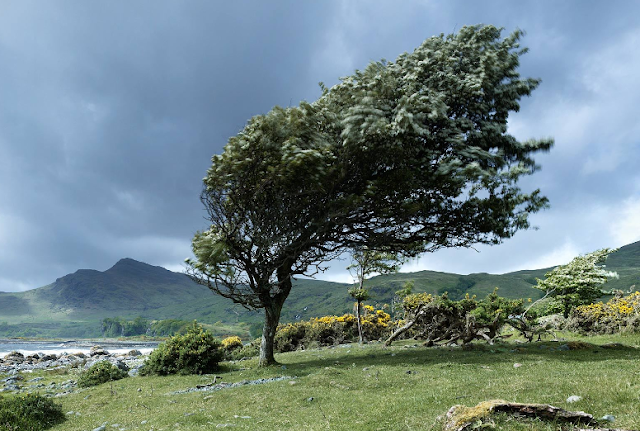 One thing we have seen in preliminary skirmishes on social media is that a lot of energy can be wasted on futile and often unwinnable arguments. At best you can win a debate hands down to zero effect or you can argue to a stalemate where it becomes just a battle of egos competing to have the last word - by which time nobody is paying attention. That's largely how social media works.

Here we reach something of a paradox in that we have long said the details are important, but in arguing for Brexit we should not get bogged down in details. All clear? No. Not really. The point is that we need to be aware of the details so as to be able to see the traps as they are set for us and not walk right into them. Instead we have multiple fallback positions whereby we are not forced to throw our entire resources defending any single case. The only battle we need win is the reassurance that trade will continue unaffected in the event of Brexit and that single market access is assured.

There are many means at our disposal, including the Norway option (EEA/Efta), the Swiss option or the more risky WTO option. All of them have respective merits but none represent a wholly satisfactory solution.

The Yes campaign will spend some considerable effort poking holes in such options. There is nothing to be gained by expending energy arguing the toss. Anyone who wants to have the argument with you has probably made up their own minds and are not likely to be persuaded. There is no value in wasting your own time in this way. It's easier to acknowledge that each of the options does have inherent flaws. We only advocate one or other solution as an interim off the shelf solution in order to retain single market access. Again we underscore the point that Brexit is a process, not an event and there is a long road to travel before we arrive at the destination of full Independence. There are stops along the way and any one option is largely the path of least resistance.

Our own view is that the Norway Option is the mode most likely to succeed in preliminary negotiations but it is unlikely the No campaign will ever reach full agreement in this regard. But then it doesn't matter. It really doesn't matter. From such a position we can then begin to design our path to full Independence. We fully admit that budget contributions will not be significantly reduced, nor do we see any immediate change in immigration policy. It does solve the immediate problem of leaving the EU. As a first step, that is significant in and of itself.

That said, as much as a energy draining debate around the respective merits of each option, it's important not to be too invested in any single option because we do not know, and won't know until the very last phase of the referendum campaign what Cameron's "renegotiation" will look like.

By reading the runes, it is more likely that a new treaty will be put forward in place of treaty revisions which will be sold as a new settlement for Britain. Effectively it will formalise the "two speed Europe". We expect that it will include some concessions to both Norway and Switzerland bringing them and us into a form of associate membership and may well abolish the EEA, rendering the Efta solution redundant. Should the No campaign be over invested in any single solution, the entire case we make folds and the rug is pulled from under us.

In this eventuality we could adopt the processes and strategies used by the Australian government in securing its trade relations with the EU. Taken from 1997, it signed a joint declaration on EU-Australian relations which was followed two years later by a Mutual Recognition Agreement (MRA). Thus, an informal, unilateral declaration was anchored by the MRA, as a formal treaty.

The scope exists for the UK to do likewise, making a commitment to match EU trade harmonisation laws by way of a unilateral declaration, based on the current EEA acquis. This would not require the approval of EU member states. The UK would then be in a very strong position then to insist in access to Single Market, invoking WTO non-discrimination rules, as it would be maintaining regulatory convergence.

Completing the process, the UK would then negotiate an MRA. To this could then be appended an agreement on tariffs plus a bilateral agreement on programme participation, and there is an almost exact equivalence with EEA Agreement. Carried out under the aegis of Article 50, the negotiations would be given a formal framework. As long as the UK did not seek access to the Market on better terms than were available to a full member, there would seem to be no serious obstacles to concluding a full agreement.

It must still be reiterated than even this in itself is not the final destination. All this means is that trade need not be affected while giving us the freedom to pursue other trade avenues.If we hold fast that any one single solution is the destination then we are pitching half measures against the full formalised EU settlement which is not an argument we can win. The emphasis must be made that from such a position we are better able to influence not only single market rules but global trade rules by way of having independent powers of veto and be more agile by taking a more modern and pragmatic approach to trade agreements.

In this respect we can formulate proposals well outside the the stagnate debates surrounding the options set out in the narrow parameters of the Brexit debate - which the Yes campaign will not be intellectually equipped to argue against. The strategy must be to bypass the arguments they are prepared for. Whichever option we choose, by admitting the flaws and that there are further avenues available to us, we can skirt around the pointless and boring arguments that don't get us anywhere. The bottom line is that each option ensures continuity of trade and irrespective of the nitty gritty, the Yes campaign cannot deny that. The pitfalls are compensated for by the increased global influence and the new markets we open up. More work needs to be done to identify what those are and how we do that, but that is our starting point, rather than learning the talking points off by heart.

If we can do this and avoid the obvious traps, the Yes campaign arguments will crumble. They have stock answers to predictable engagements. So let's not give them what they are expecting.
Posted by Pete North at 17:33