Sorry, I was wrong about Ukip 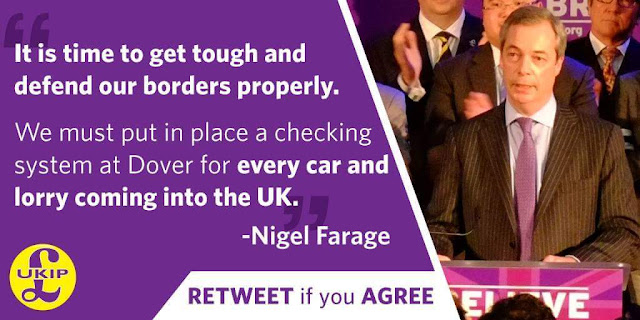 I've been told that the No campaign needs to "work together" with Ukip and that I shouldn't be so mean to them. It's time for me to admit that it'll really be MY fault if we lose the referendum for not supporting Nigel. So yes, I will stop being mean about Ukip and tell them how right they are.

Yes, leaving the EU absolutely WILL stop people breaking the law to try and enter the UK. Of that there can be no doubt. Stopping every lorry at Dover is an absolutely sensible idea too. I'm surprised nobody thought of it before. It's just LibLabCon fear-mongering to suggest that it would add crippling costs and delays to business and create massive traffic tailbacks.

But even if it did do that, Nigel is right. Some of these black people are coming here just so they can stay in a room at the Aldgate Travelodge and loaf around on £71.50 a week. Who wouldn't? Luxury!! It's worth taking the economic hit frankly. It's absolutely ridiculous that because we're in the EU we have to let all those darkies in and not those high quality types from Canada and Australia.

I'm big enough to admit when I'm wrong - and I've been wrong about everything where kippers are concerned. "EUSSR" is actually really original and funny, and I'm going to start using it more in my tweets. I'm also certain that even though Ukip didn't quite score 4m votes at the election, it's really because Nigel wasn't front and centre enough - and he didn't hammer the point home about black people with Aids. He should totally do that more because that is what is going to win a referendum.

More than that I must apologise to all my Ukip friends who I have upset by saying that Ukip will lose us a referendum. How wrong can a person be? And now that I think about it, I'm going to start banging on about Muslims too and use the word "diversity" in ironic quote marks. Ukip is right. That looks really clever and sophisticated - and leaving the EU will totally stop child abuse in Rotherham. That's why it needs a Brexit hashtag when I tweet about it.

I also think I'm going to change my avatar on Facebook to a blue flag with little yellow swastikas on it, because that's really what the EU is all about isn't it? Even moderate people can see that's the endgame for the EU. Letting all these black people in is quite clearly social engineering and white genocide - and the communist BBC can't wait to see it happen. We need to get that message out there.

This is the modern progressive message that will TOTALLY win a referendum. I've been so misguided these last two years. If we pull together and back Nigel we will walk the 2016 referendum. He's the expert. He is an MEP after all. Who knows more about the EU than an MEP? Certainly not some craphat blog that's been running for ten years.

From now on I'll try to work WITH Ukip and for the sake of unity I won't write any more blogs about complicated things because it would embarrass Ukip if the facts came out different to Nigel's. I will also tell Richard North to stop it with the sour grapes too. He's just bitter that he's not as clever as that nice Daniel Hannan chap. 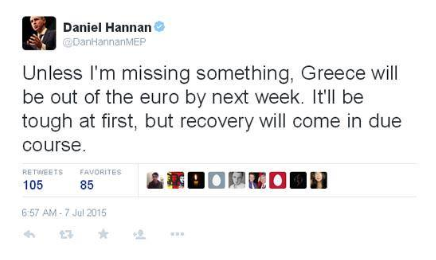