The Ukip kiss of death 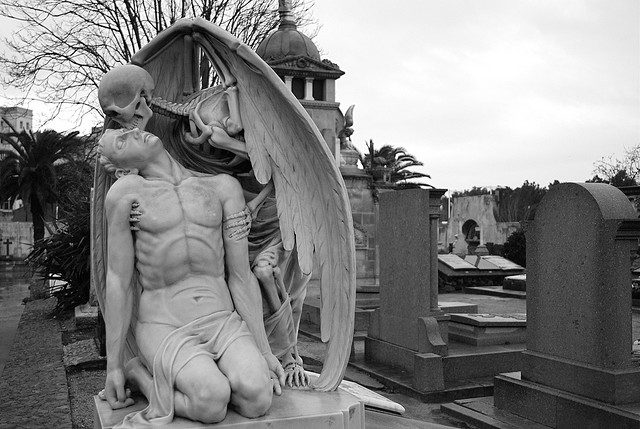 I think I've been using Twitter for about a full year now. I know it's a sewer but a better way to visualise it is like a flock of starlings at dusk. There are orthodoxies and groupthinks that break off into separate flocks. One thing I've observed through expert trolling via parody and false flag accounts is that Ukip has its own self-selecting cyber-army. It consists of about five hundred of the usual suspects who will slavishly retweet anything they are told. The message is broadly withdrawalist, isolationist, xenophobic, anti-Mulsim, paranoid and yes, let's say it... racist.

If one of their number instructs to follow an account that says what they want to hear, that account can accumulate 3500 followers in a matter of days. Whereas anybody trying to make an original case can spend months on Twitter to get absolutely nowhere.

The thing about these Kipper mindset is that behaves very much like the outrage bots. They mistake intensity and volume of output with productivity. Strategy simply doesn't come into it. Suggest to them that clogging up the Brexit hashtag with immigration obsessed bilge and EUSSR nonsense is counter-productive and they'll turn nasty. Really nasty. I've even had my blog called "establishment disinformation".

These people genuinely do think they represent the majority of people and that grunting about foreigners is the main reason people want to leave the EU. They believe the more jingoistic they are, the more their appeal. If you were a moderate, normal individual and you took a quick look at any one of the eurosceptic hashtags, you would conclude that the whole lot of eurosceptics wanted to brick up the channel tunnel. Some are even using the expression "white genocide". They now occupy the BNP space for sure.

I have tried to be reasonable with them. I have tried to explain it on the most basic terms as simply as I can and it's just in one ear and out the other. They cannot be reasoned with and even if they do grasp a point they revert to factory settings the following day. If you contradict their message in any way, you're a heretic and put in a box marked "enemy". They then not only ignore you but make a concerted effort to wall you off among their own supporters.

Ukip is a fanatical cult, bent on using the referendum as a PR exercise for their party. They're going to move in on it to try and take ownership of it, and in so doing they will poison the well so badly that we will lose 2:1. I'm actually so disheartened by this dismal clan that they could even push me to vote to stay in the EU.

Anyone who follows this blog knows I've been warning of this for a long time but I was called a "ukip hounder" for my trouble. While supposedly intelligent people were applauding Farage, I was quite forceful in saying this would happen. Well now it is happening. The same mistakes are repeating, Ukip has learned nothing, and even by this point they still posses little expertise in EU matters. They're busy polluting the debate with falsehoods and distortions and there's nothing anybody can do to dissuade them.

I'm starting to wonder if it's worth the sacrifice just going through the motions if these are the people on my own side. I don't much like the EU's vision for Europe, but I recoil in horror as to what Britain would be like if the Ukip bozos held sway. It's a shame because through their own ignorance they're pissing 20 years of dedicated hard work away. Come 2017 we might well wonder what the point was.
Posted by Pete North at 11:05