Brexit: The task ahead 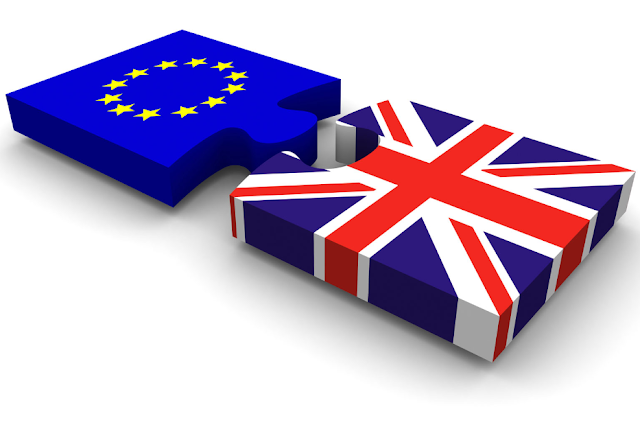 Returning to the subject of the EU referendum, there is a certain dishonesty in the Yes campaign's efforts thus far in attempting to frame the referendum as a liberals vs Ukip battle. That's actually quite astute politics because it's a battle Ukip would lose every single time. But it need not be this way. If at any point the No campaign gets it's act together, it should be easy to demonstrate that the EU, by way of it's very broken asylum policy, is not some liberal paradise but is in fact an extension of the Ukip protectionist fortress mentality - writ large for the whole continent. But we'll have to go one further than that if we want to win.

The Yes campaign seeks to sow confusion in terms of what Brexit actually looks like. Their aim is to present Brexit as a leap into the dark where nobody knows what will happen, thus summoning the status quo effect in the final vote. Because no mainstream sceptic organisation has yet endorsed a Brexit plan, it is easy for them to deny the existence of one. That is our Achilles heel.

Of course readers of this blog will know we have put some considerable effort into producing such a plan but have yet to cut through the noise of the self-serving egos presently jockeying for position at the head of the table. We expect this to be resolved in due course one way or another. We believe the message is getting through. There are games at play already.

First and foremost the Yes campaign intends to spread doubt and confusion about the possible alternatives. We have seen this in action already. We were in early after the general election in promoting the Norway option as one option among many - but even we acknowledged it is no silver bullet. Central to our message is that the options on offer are only the foundation of a process.

The critical part of our message being that whichever option we suggest, be it Norway, Switzerland or the WTO option, is far from ideal - but none are proposed as the final destination. We insist that Brexit is a process, of which leaving the EU, the political entity, is only really the start.

We face something of an uphill battle in that the Yes campaign need only assert the usual FUD, however we have to communicate some fairly complex ideas in a campaign environment where attention spans are short. Just lodging the Norway option, and the notion that the EU is not the single market in the eurosceptic consciousness is something of a coup on our part. It's progress at least. It means that the more rational among us know that we're not going to be slamming any borders shut any time soon.

In establishing that Brexit is a process - and the alternatives are interim solutions, we can leave the Yes campaign to bicker about these options and we can admit to their shortcomings without hesitation. Defending one option against the EU as an idea is a debate we don't need to have and probably cannot win.

We believe - largely as a result of promises made during the referendum campaign - there will be an absolute requirement to continue participation in the EU's Single Market for the short to medium term. The risks of leaving the EU largely pertain to single market access and without it the case for Brexit is a non-starter for British business.

Our side is also making arguments that participation in academic and research programmes will also continue along with continued involvement in other EU cooperative activities. That means we must avoid any spurious assumptions about our budget contributions. Vast savings are by no means guaranteed and there will be no shopping spree with any Brexit dividend. The Yes campaign can quite easily demonstrate that our budget contribution is not as large as it is perceived.

We also need to show that we will not undergo a huge political and diplomatic undertaking to be marginally worse off than before. Initially, as a means of ending our full membership of the EU, we see value in rejoining the European Free Trade Association (EFTA) and trading with the remaining EU member states through the European Economic Area (EEA). In what is a multi-layer fallback strategy, alternatives are available if this option does not prove viable. The situation is fluid and much depends on what Cameron presents at the last minute. It will shape many of the arguments we make - thus we must prepare for any eventuality.

As the adage goes, no plan of battle ever survives first contact with the enemy - and we should prepare for the possibility that we will lose some arguments and be ready to follow a different path where that be so. As Sun Tzu has it "As Military tactics are like unto water; for water in its natural course runs away from high places and hastens downwards... Water shapes its course according to the nature of the ground over which it flows; the soldier works out his victory in relation to the foe whom he is facing. Therefore, just as water retains no constant shape, so in warfare there are no constant conditions. He who can modify his tactics in relation to his opponent and thereby succeed in winning, may be called a heaven-born captain."

That is the mentality we must adopt - with credible, rational and pragmatic answers. If we make grand promises built on intellectual sand, without the capacity to adapt, we will be shot down in flames. Ukip's lacklustre election campaign showed us just how dangerous it is not to have policies and answers in advance of the battle. Ultimately we're not going to win this by playing Top Trumps with facts and figures, and political realities dampen many eurosceptic assumptions about what Brexit can achieve. The actual leaving of the EU is only stage one in a long programme of democratic reforms. That is what we must sell.

To my mind we need to show that the EU is a stunted, obsolete vision and that we can achieve better by being more nimble and more responsive on the global stage without being held back by procrastination and delay. Co-operation is good but compromise too often means everybody loses.

We'll more likely win this with a metropolitan liberal vision than the grumpy old man act that we get from Ukip. We will need to inspire and offer an incentive, but also a roadmap. That is not going to be easy to communicate, but that is the task in front of us.

We must be prepared to surprise and wrongfoot the opposition at every turn and let them waste their resources rebutting arguments we're not actually making. Let them be the ones to look irrelevant. This is of course going to require some considerable soul searching from certain actors in the No camp. It will require a sea change in eurosceptic attitudes to more or less everything. We can take the high ground from them and make the opposition look like the dinosaurs but only if we take the initiative now.

Central to this strategy, we must now lobby hard for those who have influence to up their game, change the old eurosceptic record, and push for certain outfits to stop banging on about immigration. It's a pity that we must fight our own side first, but we must if we expect to win this. It's the mushy middle we need to win over - and we need to persuade people who would never vote Ukip in a billion years. This is not going to be easy.
Posted by Pete North at 14:26