Brexit is the key to reforming Europe 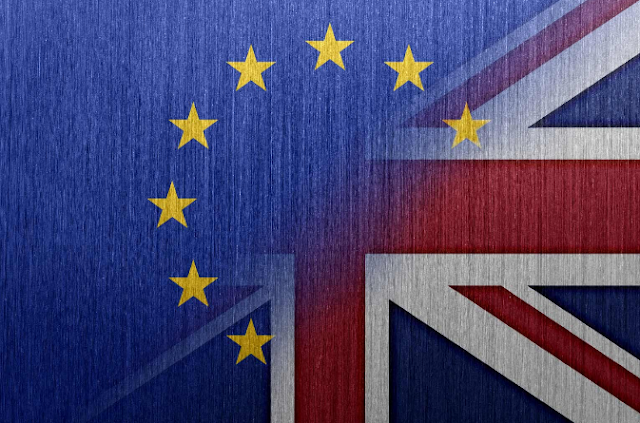 The more you look at Brexit, the more inherent complications you find. The EU has been steaming ahead with various trade deals in recent years that we would have to work hard to replicate, tus any Brexit talks would require we negotiate the use of these deals by proxy until such a time as we can negotiate our own. That will necessarily require membership of the single market and consequently, we cannot make any promises about ending freedom of movement, assuming that were even desirable.

The fact is that the EU does have clout. It's no use arguing the toss over whether it is in decline or not. It is still a large market we cannot afford to lose, nor can be cut ourselves off from the extended benefits of single market membership.

Thus, as we look to the referendum, it becomes more a question of defining what kind of relationship we want with it. Even with our independence we would have to work pretty hard and pretty fast to open up new trading avenues just to compensate for the mid term losses should we completely reject European co-operation. In fact, we will have to work hard and fast in any eventuality.

With that in mind, when a new treaty offering us something close to associate membership is announced, it will look superficially attractive. It saves us the hassle and expense of having to replace trade deals and to an extent excludes us from ever closer union. What it probably won't offer is an independent vote at the top tables or trade exclusivity, which in most respects merely formalises the stagnation we're presently stuck in while the eurozone group does what it needs to do.

Since we are not in the Euro and never will be we are never going to be in the mainstream EU, which is a good thing, but we will be relegated to a formalised slow lane where we find ourselves following the rules but having no say at the top international tables where trade rules, including those of the single market, are made. As we continue to point out, the EU merely rubber stamps regulation. It is a redundant middleman.

With that in mind, independence will always be the best option for Britain, and by defining the terms of our relationship with the EU, using an interim stage such as the Norway Option, we can set about creating a benchmark for interfacing with the single market so that anyone may join it, thus reducing the EU to an actor within it rather than the master of it.

Anyone who knows anything about the intricacies of the EU knows that it has overreached in so many ways and while there is notionally a single standard throughout it does not manifest in reality. The hypocrisies are there for to see for anyone who looks for them. By leaving and regaining trade autonomy can we set a baseline for what a genuine single market looks like, recognising that it is the United Nations Economic Commission for Europe that has the greater influence in regulatory convergence. In that regard, UNECE is the single market, not the EU. Regulatory convergence is more pertinent to modern trade diplomacy than border tariffs.

The problem with the EU is that it seeks deep and comprehensive trade agreements that require unrealisable social changes, which the EU is not equipped to ram through, and so in many respects we have a European Union in name only. In terms of trade we have multiple tiers of treaties making up various zones within, with members in various stages of economic and social development. In that regard the EU is overextended having made demands of members that it can never bring to fruition - not least it's overambitious cultural reforms to the East and in the Balkans. As we have discussed previously, these have the capacity to do more harm than good.

The EU is as much about cultural hegemony as it is trade, and in its hubris creates as many problems as it notionally solves. The reality is that Western European social values cannot be imposed on a society and such changes have to come from below through popular struggle. It is only through becoming wealthier do societies become more liberal and progressive - so we are better off aiming for a single market of mutual trading standards that create wealth. Prioritising that means the social reforms will take care of themselves. They will then be lasting and genuine rather than at the barrel of a gun.

That is how we reform both the EU and Europe while at the same time breaking out of the euro-centric mentality toward a global single market, where all voices matter. Put simply, the EU as an entity cannot be reformed in this way. Supposing we could change treaties, we cannot change the essence of what it is built upon.

The reason for opposing the EU is that it is inward-looking, anti-trade (or at least open trade), protectionist, unaccountable and at times ineffectual. The 'sovereignty' question is misplaced for the reasons most often stated - global markets mean global rules. The message is that we can do better, but to do this we have to break the EU and remould it as something different from the post-war/cold war 'hug your enemy close' viewpoint. Britain leaving allows all this to happen. Without that existential threat to the EU nothing changes and we carry on limping along - with nobody ever satisfied and the EU continuing to stamp out brushfires with diminishing resources and a shrinking mandate.

It should be clear to all that we need a new settlement for Europe and the superstate idea of the last century is a failed idea that will never reach completion. Brexit is the first step to designing that new Europe. For Europe to regain its vitality it must clear away the old and make way for the new. In this Britain can show leadership and once again be asserting its global values. What's not to like?
Posted by Pete North at 02:18