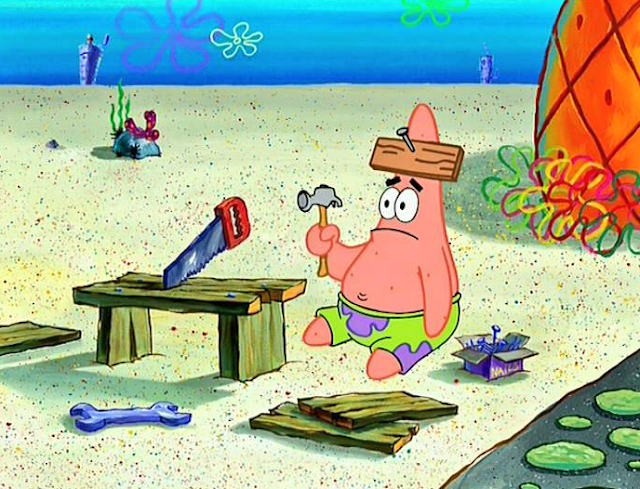 I've decided to back down and do as I'm told. Clearly writing about barriers to trade and technical options for leaving the EU is wasted effort - and according to people what knows better than me, I should be pitching the message at people who already want to leave the EU, because that's how we win the referendum. That's also how I'll get millions and billions of hits and a job at Breitbart. So here goes...

Those filthy foreigners with aids are terrible aren't they? Blagging their way through the channel tunnel for expensive treatment. They could at least come in banana boats like the last lot. After all there's more room on them now bananas are straight thanks to EU meddling. And have you seen those new EU helicopter safety regulations? Meddling Brussels bureaucrats telling OUR helicopter pilots to use engine monitoring equipment to prevent fires. This is how the West dies.

Not only that they want to put warning labels on household chemicals. Can you imagine it? I mean, who actually dreams this stuff up? Have they nothing better to do?

Those meddling bureaucrats sitting in Brussels, collecting their fat paychecks never meet real people so they just sit around thinking of ways to boss the plebs around. We can't afford this anymore. Those stupid regulations hurt small businesses. I mean why would you want to test your fire alarms for goodness sake? It's not like court settlements cost anything if you kill someone in the work place. It's just a few quid innit?

If we left the EU we could scrap the requirement to test electrical goods. Sure, it would mean we have to buy more fire engines and employ more firefighters, but they would be British jobs for British workers and we could have nice shiny red British fire engines - none of that foreign muck.

We could also create lots and lots of jobs by controlling our borders. We'd create thousands of jobs in the Home Office, processing applications for Airbus workers who go on engineering secondments. It would be a big boost to the airline industry too, running daily flights deporting all those asylum seekers. That creates more demand for Airbus.

Course if we left the EU, we could start up our own airline industry and tell those French traitors at Airbus to sling their hook. We could also get rid of human rights and bring back the death penalty for those LibLabCon quislings and the war criminal Tony Blair.

After that we wouldn't be spending money on expenses for those greedy MEPs and instead we could hire a million new nurses and a million new teachers and cut taxes by fifty per cent. We could open up new trade with Commonwealth countries too. Not the ones with darkies obviously. We'll make sure we get immigrants of the right quality from the USA, Canada, New Zealand and Australia. Good wholesome English speaking white people. We might take a few Huns and Frogs too. Diversity is good.

As to foreign aid, we don't need to be fixing ports and roads for the spear chuckers. What good is that? Let them fix their own stuff. We can use the money on a sovereign wealth fund and buy a thousand new Tornados to bomb ISIS with. We need to spend billions and billions more on defence and close all the mosques so we can keep our British bacon sandwiches. We'll be overtaken by Muslims if we don't leave the EU. Only Prime Minister Farage can stop them.

We don't need to pander to these latte sipping establishment types and we don't need the liberal intelligentsia telling us what to do. We don't need them to win a referendum either. No siree. Nigel proved it by winning millions and millions of votes in the election and keeping Carswell in a job.

Nevermind them North boys either. We could leave the EU tomorrow if we wanted. We can just rip up all the treaties and brick up the channel tunnel - and by this time next year we will be the richest nation on earth - especially after we scrap all the regulations. The Norths are just making it complicated because they are secretly EU quisling fifth-columnist stooges paid for by the Tories. It's time to say no to the Muslimists, the bureaucrats and the frogs.

The survival of the West depends on leaving the EU and if you don't vote No, you hate Britain, you're a traitor, and you deserve to be living under Sharia law.


Can we discuss rates now Mr Kassam?
Posted by Pete North at 20:20