Countdown to a gold-plated extinction 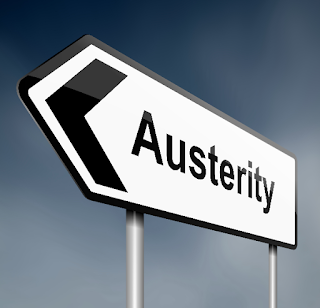 One thing the kippers consistently point out is that it's young white girls falling prey to exploitative gangs. They might put the emphasis on the fact the culprits are predominantly Muslim, but I would turn the emphasis around and as why it is we who cannot protect our own?

Personally, I'm not in the least bit surprised that we can't when we abdicate far too much to the state with far too many expectations of what it can do with any competence. It is ultimately that which spells our cultural demise.

It's not just the "dole scroungers" who are state dependants. It is now most of us. Somewhere in the corners of our minds, we have certain assumptions about the future because of the welfare state and that unconsciously weighs on our personal decision making.

As a nation we are fiscally illiterate, not least because we have certain expectations of the state as to who will look after us in our old age - so we don't prepare or save for it. We are therefore largely ignorant of financial mechanisms. And there is no longer the familial obligation there once was to look after each other. That's the council's job innit? We have no "patriarchy" as we find in the Muslim world, all are equal in their rights, but no so equal in their responsibilities. The state has shattered the family.

When we look at our own society, atomised by social media, we have no community to speak of except the virtual one at our finger tips. Meanwhile, when we think of northern poverty, we imagine segregated hovels like Bradford, as festering incubators of Jihad, but the reality is something different. In most respects it has never been richer - and it's getting better. For sure the city centre is a shadow of what it once was, but that is more through the ineptitude of council regeneration than actual poverty.

There are two reasons for this. Our Muslims tend to be entrepreneurs and businessmen, and businessmen with a keen interest in avoiding as much tax as possible. One thing you notice on the drive into Bradford is that there is no shortage of accountancy firms.

Then there is booze. We Brits do have an unhealthy relationship with it. Our Muslims do not. That's why they are becoming richer. Booze is a wallet killer. I more or less quit drinking backing March and since then I'm thinner, sleeping better and while earning less since leaving my last job, I am not noticeably worse off for it. We complain about the work life balance but I would argue that most Brits have more time than they know what to usefully do with and booze fills the void.

Also Muslim families refuse to join in the borrowing bonanza, instead opting for family banking while we're the "must have it now" society. It's little wonder than the once poor Muslim immigrants of Bradford now hire Lamborghinis for graduation parties. Just recently I found myself in Bradford interchange and looking at the Asian youths, for the first time in my life it's me who's the scruffy, shabby mess on the platform. In the social order in Bradford, we're the niggers now.

There is an enviable energy in Bradford's Muslim society with a real sense of ambition while Brits have become slovenly, alcohol dependent, state dependent and bovine. We whine about tax evasion when we should be celebrating anyone who manages to get away with it.

Even in our attitudes to politics there is a sense of delegation. I can't tell you how many times I hear "I don't do politics, that's what I pay politicians for". My own view is that politics is far too important to be left to politicians and participation is an absolutely essential civic obligation. And I don't mean just participation in the occasional voting ritual.

Frankly, the complaint that Muslims don't integrate is a little puzzling. Firstly what is there to integrate with, and why would they want to. In what way is our work-a-day drudgery and state dependence superior to what the Muslims are building? In what way is spending your last days on state handouts in a council home waiting for death superior?

Curiously, we might note that thirty years ago, mosques in Bradford were 90's built huts with cheap green domes. As those communities have become fabulously wealthier since, the domes have been replaced with more ornate and permanent structures, more in keeping with their surroundings, and the areas we used to think were Muslims slums are now transformed. They're getting richer, the white working classes are stagnating. What has our post-faith, socialist society done for us?

If you wanted to find examples of what we remember Britishness to be about; social conservatism, frugality, entrepreneurship, family and self-reliance, you'd find in the Muslim areas first and foremost. It's hardly surprising that young white Brits cast adrift would look upon their community and think that perhaps what they have is better. And in that, we might find some clues as to why so many young find their way into the hands of ISIS - which some view as the resistance to the West imposing its broken ideals on the Middle East.

When Jack Straw concluded "The English are not worth saving as a race”, I'm almost inclined to agree. We are most certainly a culture in decline and I can't help wondering if this is just part of he natural reinvention of our species - as the older societies make way for the up and coming. It's less a question of whether we can be saved as whether we should be saved. To all things there is a time.

In that respect maybe Ukip represents the swansong of the white working class - they who could not adapt to survive. It's a little useless instituting border controls now. It's shutting he stable door after the horse has bolted. If you really wanted to re-energise our own working class, you would start by stripping away the pillars of the state that have paved the way for such spiritual decay.

But taking benefits and entitlements from a Brits is like taking a dummy away from a toddler. It's why I can't help seeing leftists as spoiled children. The sum total of their ambition is to be dependent on the state from cradle to grave. The poverty we have in this country is a poverty of ambition, and starvation of the soul.

Course, this hear above couldn't be any more white middle class navel gazing, leaden with hypocrisy an nihilism, but you have to admit, the assumption that our own ways are necessarily superior must be challenged. Nobody is risking their life to cross the Mediterranean for £36 a week and a stay in a Lancashire B&B. They don't want to be like us. They want to be better than us. For whatever measly sum it costs us in welfare, it will be repaid in a generation when their input generates far more for the economy than any Ukip voting grunter.

Some would blame mass immigration for the state some of our cities are in, but when I look at Liverpool, Newcastle and Bradford, I see great cities stripped of their vitality because any young spirited youth with something to offer the world would rightly bugger off to London. That is what gives London its energy. I don't see how any of these cities would fare worse for having more entrepreneurs and self starters - and with London being prohibitively expensive now, people approaching their forties and going back to the regions should be viewed as a good thing.

As to whether white Brits can adapt to survive is really entirely dependent on us. We can either dismantle the state and all those pillars of dependency or we can just pamper ourselves into extinction. While the Tories are eating way at the NHS (or so the narrative goes) and we see some marginal tinkering with a small part of the welfare budget, it's still universal benefits for pensioners that go untouched - and it is that which underpins our mental dependence on the state, assuming that whatever we do in the prime of our lives, there will be base standard of living for us at the end. It is that which nurtures and underpins our fiscal illiteracy and familial disintegration.

Unless we are prepared to start ruthlessly slaughtering our sacred cows then our society will continue to decline. This is why I support the removal of certain welfare entitlements from the young. I can't imagine anything worse than kids learning the ropes of a system by which they can avoid self-improvement, development and self-reliance. But so long as there is that golden goose if you cross the finish line, there is no incentive to accumulate wealth - only to spend it, and waste it on drugs and alcohol.

Moreover, if we're not prepared to start up businesses and we're not prepared to save and we're not prepared to work overtime - and in some cases, my generation opting out of breeding, we will need immigrants to pay for our gold plated extinction. Ultimately, we are the architects of our own demise and there's no use blaming immigrants. We have no choice now. Ironically, more people means fewer entitlements as local authorities must concentrate on managing the basics (as it is supposed to do), and more people along with a bit more austerity might well be our salvation. By that measure, slamming the doors shut as Ukip proposes, or regressing to more welfarist socialism as Corbyn proposes, is not only economic suicide, it is also our cultural suicide note.
Posted by Pete North at 23:30